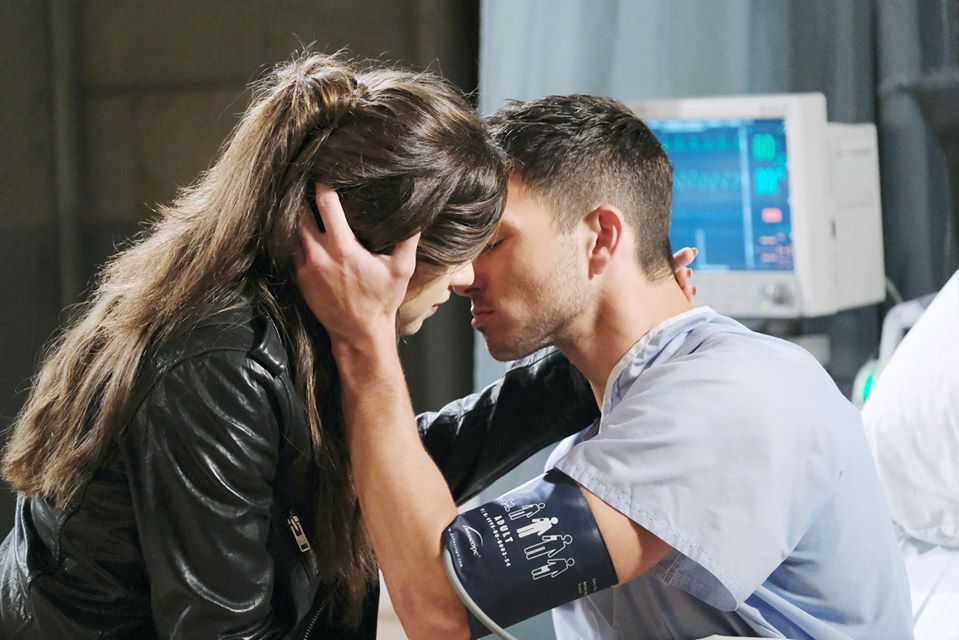 HOLLYWOOD─When we last spoke about “Days of Our Lives” I was a bit upset at the revelation that Evan, David’s nanny was his father. I mean after months of being teased about David’s paternity, we learn it was a character that we just met after a time jump? That has to be the biggest flop and lackluster reveal I’ve seen in daytime TV in a really long time people. With that said, Ciara was driven to rescue Ben, and all seems well, except, David is missing and Evan is on the loose in Salem.

How much longer will fans have to be teased with this: Ben saves Ciara, Ciara saves Ben, Ben saves Ciara. Look this is getting old, get married already and run off into the sunset, because this love story is as stale as a bag of potato chips. Let’s talk about something of relevance, Stefano DiMera. Look, I’m not the biggest fan of Steve donning the DiMera trademark, but I’m warming up to it. He plays villain quite well, and has his hands any plenty of cookie jars people.

I mean Kayla is his prisoner in his quest to get Marlena back, he was responsible for turning Hope into Princess Gina and now he has Chad drugged and doing his bidding. Too bad no one can sense that Chad is not himself. Not even Kate, who had a slight inkling, but she’s busy trying to repair relationships after keeping the truth about Princess Gina and Stefano. Chad is being pushed by Stefano to take out Gabi DiMera to ensure he reclaims the family company. Gabi was on the verge of being smothered to death, just as she gave her bone marrow to Sarah and Eric’s daughter Mackenzie.

Yes, this baby swap tale is a massive one, as Kristen is starting to suspect that her daughter might still be alive, little does she know that Mackenzie is that bundle of joy. The doctor, who helped Xander and Victor with the baby swap has returned to Salem and Nicole of all people is picking up all signs that Rachel and Mackenzie’s similarities are not the same. Xander is starting to become unnerved and so is Victor, they know their little secret is about to come to light people. Maggie already feels torn over the fact that her stint behind the wheel cost Adrienne her life, Will a year away from Sonny and his daughter, but I sense another twist is coming with this fatal crash.

The quest to save Hope’s mind from Princess Gina has gone mute people, just as Lani, Eli and Julie discovered that Gabi has skated justice yet again. Like I said that time Gabi spent in the slammer, was brutally beaten to the point where she can no longer have children is retribution enough if you ask me. Dr. Rolf was kidnapped by John hoping to get the details on where Stefano has taken the real Marlena. Yes, John and Justin thought they could outsmart Stefano, but were hoodwinked people. Rolf was not willing to talk, but that was until he was pressured by Chad to return Hope to her true self.

So it looks like Hope Brady is about to return to her old self, the question is rather she will be able to face the reality of her actions. I’m thinking it will not be that easy. At its core it looks like a third baby swap is about to be the biggest tale heading into May Sweeps. First we have “The Bold and the Beautiful,” “General Hospital” and now “Days of Our Lives.” Shall I dare say, “The Young and the Restless” is next? I sure hope not.

City Council To Vote On One-Year Moratorium For Delivery Robots