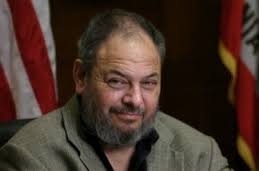 According to the city’s Web site, Genser entered the hospital with “multiple complications” on October 30. Family and close friends were at his bedside when he passed.

In a statement, City Council and Mayor Pro Tempore Pam O’Connor said, “It is with deep sadness that we mourn the loss of our Mayor, Ken Genser, an indefatigable champion for quality of life in Santa Monica. Ken distinguished himself with a fierce intellect, passion for progressive social policy and compassion for people. He served the community throughout his lifetime and will be greatly missed.”

A committed advocate and long term resident of Santa Monica, Genser was a member of the City Council for 21 years. He was appointed Planning Commissioner from 1983 to 1985. Genser was also a founder of the city’s Community Corporation from 1982 to 1988.

Genser was 59 at the time of his death.