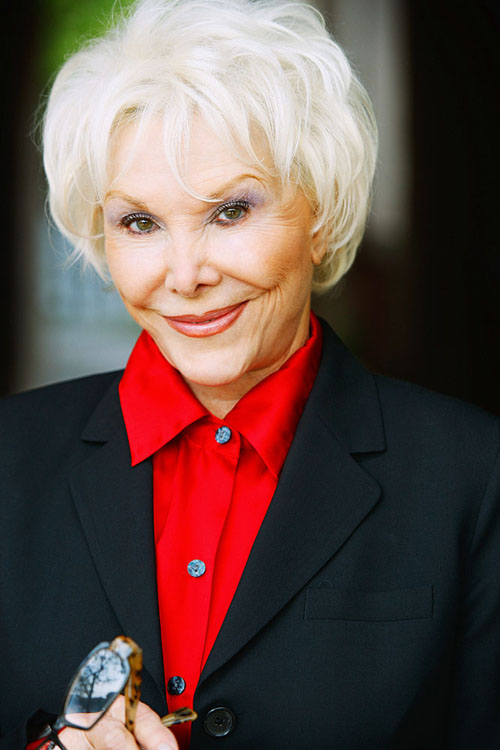 BEVERLY HILLS —When you spend an afternoon with one of the most beautiful and successful actresses at the Beverly Hills Polo Lounge, you know you are on your way to making it in Hollywood. However, Joan Benedict Steiger is more enlightening than most socialites in Tinseltown, and she surprised a seasoned interviewer when she exclaimed, “I’m still learning after all these years.” Even after a prolific career spanning stage, screen, and television ”“ and inspiring romances with three devoted men ”“ the veteran actress still finds each role a new challenge to experience and new terrain to explore. Steiger has appeared on stage, film and on television, but is still looking for the next role that she can sink her teeth into. Married to the charismatic character actor Rod Steiger was indeed a treat for the beauty. “Rod always surprised me. Some days I’d get a dozen or even three dozens of roses for no apparent reason. He was one of the most magnificent men on earth and highly underrated as an actor,” Mrs. Steiger tells Canyon News.

A Brooklyn born dancer from childhood, Joan forged a career in show business as an actress in the early days of television, where she made notable appearances on shows like the original “Candid Camera” and “The Steve Allen Show.” Dozens of television and film appearances later, including memorable stints on “General Hospital” and “Days of Our Lives,” she’s still dedicated to all facets of her craft, having appeared in numerous stage productions, from the classics to modern comedies to her acclaimed solo shows “Leona” about Leona Helmsley, and her autobiographical “The Loves of My Life.”

Off-screen, Joan’s life has been equally charmed. Her first husband was stage veteran John Myhers, with whom Joan spent 30 years before his passing. Then, Joan was reunited with Academy Award-winning actor Rod Steiger; the two had known each other when Joan was a star-struck ingÃ©nue and Steiger the industry’s hottest young performer. Now, decades later, their romance was rekindled, and the Steigers spent nearly a decade working together and supporting each other until the actor’s death in 2002. “When I was a teenager, I was on Broadway and I was looking up at the billboards, out of the corner of my eyes I saw Rod for the first time in person. His words to me began with hey, kid! Tommy, I’ll never forget it. Who would have thought decades later, I’d meet again and fall in love with, and even marry the man of my dreams. Be very careful what you wish for or focus on in life. You do end up attracting the very thing to yourself,” said Joan.

Then Joan fell in love with veteran television actor Jeremy Slate, and the two spent several years together before his death. “They all passed away from different forms of cancer, so it’s bittersweet,” says a pensive Joan today. “But they were three of the greatest guys in the world.”

Today, Joan immerses herself in every acting opportunity, including a recent appearance on Fox’s “Dollhouse,” and is preparing to write her memoirs. “I am in the process of interviewing writers and I’m very happy about the process. It’s a grueling thing to try to find the right person when there are so many excellent biographers out there, but I’m determined to do it,” concluded the actress.

Remembering the past with no regrets, she looks forward to a future of even more accomplishment.
DISCLAIMER: This article was a contribution made by an outside agency or person. The content has not been verified by Canyon News. Please exercise your due diligence prior to relying on this article for factual information. Canyon News is not responsible for the views, words, and opinions of contributors.