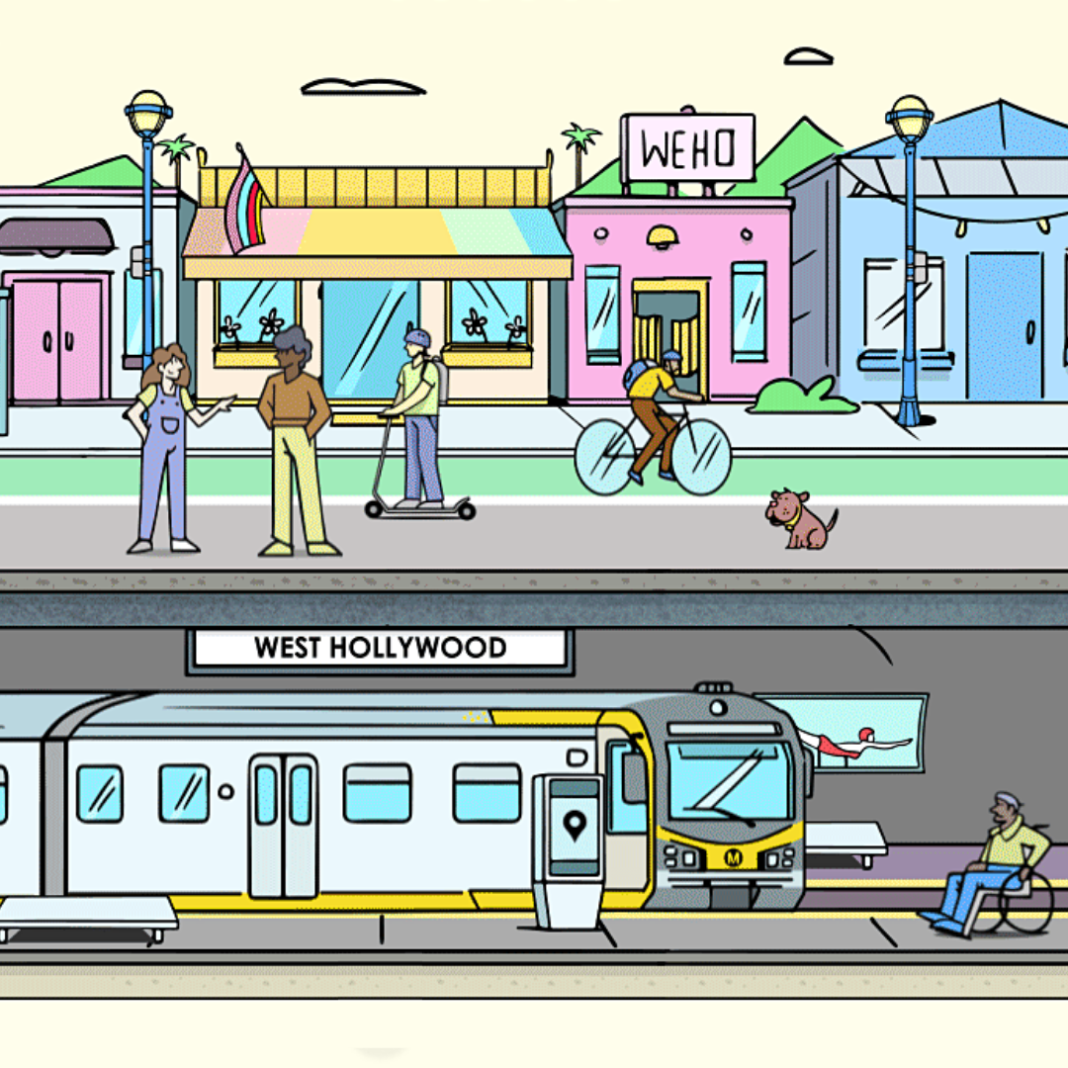 WEST HOLLYWOOD—West Hollywood is getting the word out that the future Northern Extension of the Metro Crenshaw/LAX Rail Line (Crenshaw North) — the project will bring Metro light rail service to West Hollywood — and was awarded the Infrastructure “Finance Project of the Year” Award by CG/LA Infrastructure, a global leader in infrastructure strategy and project development. The announcement was made on October 28, at the 13th annual North American Infrastructure Leadership Forum in Washington D.C.

“I’m thrilled about CG/LA’s recognition of the Metro Crenshaw North project and of the City of West Hollywood’s work in exploring creative ways of financing it to make it a reality,” said West Hollywood Councilmember and Council Metro Liaison Lindsey P. Horvath. “The announcement of this award is timely — it comes just as Congress has passed the $1.2-trillion bipartisan Infrastructure Investment and Jobs Act, which will include unprecedented funding dedicated to supporting new transit projects such as Crenshaw North. West Hollywood residents — as well as communities and businesses served along the proposed alignment — overwhelmingly support extending Crenshaw North to include our City and we’re committed to a plan that is embraced by our partners to make it happen.”

CG/LA Infrastructure’s award follows a submission from West Hollywood detailing the Crenshaw North project’s Measure M funding and a focus on the city’s work in exploring ways to finance the project, such as value capture and low-interest federal financing. The city’s funding study from 2019, estimated that the city could potentially contribute up to $1.13 billion to finance, accelerate, and implement the project from a combination of existing sales tax revenue, advertising outside future stations, joint development, and a potential Enhanced Infrastructure Financing District (EIFD).

EIFDs are a funding tool under California law that earmarks a portion of the natural increase in existing property taxes over time as properties are reassessed to pay for infrastructure investments in a certain area. The analysis showed that a creative partnership with Los Angeles, the County of Los Angeles, and Metro on such an EIFD could potentially generate an additional $5 billion over a similar timeframe. All funding analysis was intended as an estimate of capacity; specific contributions would be negotiated between the various jurisdictions before final commitments are made.

On October 14, the Westside Cities Council of Governments (WSCCOG) voted at its regular board meeting to allocate an additional $40 million in Measure M Subregional Equity Funds to support environmental and design work needed to get the Crenshaw North project shovel-ready and eligible for state and federal funding. Metro’s environmental analysis on the project is underway as required under California Law and public scoping meetings were held in May 2021. Metro expects to hold additional public meetings next year.

West Hollywood and its coalition partners have built momentum on a proposal to accelerate the completion of Crenshaw North by up to 20 years. Crenshaw North will impact many communities that are currently underserved by access to a rail line and will more conveniently connect the Los Angeles International Airport to Central Los Angeles, West Hollywood, and the San Fernando Valley. It will allow additional mobility options to and from West Hollywood and more convenient access to key healthcare and employment centers such as Cedars-Sinai Medical Center and the Pacific Design Center, as well as cultural and entertainment destinations.

A short video, Let’s Finish The Line: Bringing Metro Rail to WeHo, is posted on West Hollywood’s WeHoTV YouTube channel. It maps-out the benefits of the Crenshaw North project and bringing rail to West Hollywood: https://www.youtube.com/watch?v=vVT0n2QHBMA.