According to the press release from the Attorney General’s office, Southfield voter count discrepancies were flagged by the Oakland County Clerk’s Office while attempting to certify Southfield’s absentee ballots and forwarded to the Secretary of State’s Office. After a thorough investigation, Michigan State Police determined that election records had been altered. 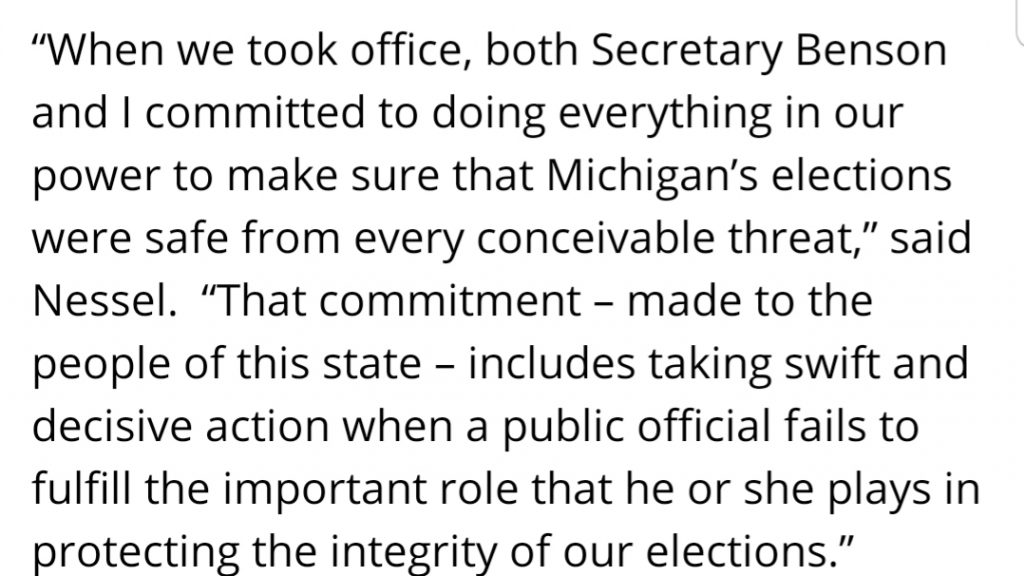 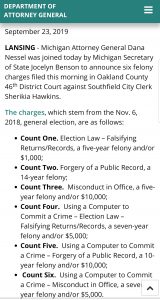 “Today upon learning that the Southfield City Clerk was formally charged with multiple crimes under Michigan election law, I exercised my authority under Michigan law to exert supervisory control over local election officials and directed the clerk to refrain from administering any election while there are charges against her,” said Benson.

“Our elections are the foundation of our democracy, and under my and Attorney General Nessel’s administration there will be no tolerance for any actions that undermine that foundation – anywhere, anytime, by any person or official,” Benson added.

Hawkins turned herself in front of Chief Judge of the 45th District,  Judge Michelle Friedman Appel. She was released on a $15,000 bond. She is scheduled for a probable cause conference on Monday, September 30.