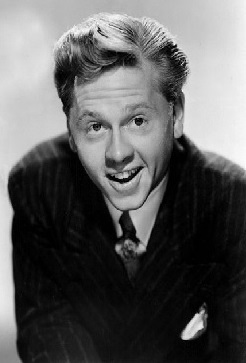 STUDIO CITY-Actor and Comedian Mickey Rooney passed away at the age of 93 on Sunday, April 6. Rooney is survived by his wife Jan Chamberlin – with whom he was separated – and nine children. The Los Angeles Times cited Coroner’s Office Watch Commander, Larry Dietz saying that Rooney died of natural causes at his home in Studio City.

A statement from Rooney’s family was released on MickeyRooney.com stating that Rooney had requested to stay with his son Mark and Mark’s wife, Charlene two years ago through the Superior Court. After his request was granted, “he found happiness, health, and a feeling of safety, [which allowed him] to enjoy life again.” Mark and Charlene attempted to provide Mickey with a better life by “[reuniting] him with old and new friends.” Despite Rooney’s seasoned experience in the world of entertainment, he still retained his excitement for film, and was “quite starstruck” to attend Vanity Fair’s Oscar party recently.

The statement concluded with the mention of his last film, “Night at the Museum 3,” and mentioned that “Mickey was proud to be part of ‘Night at the Museum 3’ with Ben Stiller. He had the time of his life and the utmost respect for the cast and crew. Mickey was finally enjoying life as a bachelor and the morning of his death they spoke of all their future plans. He loved the business he was in and had a great respect for his fellow actors. He led a full life but did not have enough time to finish all he had planned to do.”

Mickey Rooney, born as Joseph Yule Jr. on September 23, 1920 to Joe Yule and Nellie W. Rooney rose to fame for his role of Mickey McGuire in the “Mickey McGuire” film series, which ran from 1927 to 1936. Rooney appeared alongside Judy Garland as Andy Hardy in the “Andy Hardy” film series from 1937 to 1946. His break-out role came in the 1938 drama “Boys Town” as Whitney Marsh. In 1938, Rooney received the Academy Juvenile Award for his portrayal of youth through his characters, Andy Hardy and Mickey McGuire. In 1944, Rooney enlisted in World War II, entertaining troops in Europe and America for over 21 months.

In 1960, he received 3 stars on the Hollywood walk of fame for his contributions to motion pictures, television and radio; he later won the Laurel Award for Best Male TV Star in 1962. Rooney won a series of awards in 1981 for his portrayal of Bill in the television series “Bill,” where he starred opposite Dennis Quad; Rooney took home an Emmy for Outstanding Lead Actor in a Limited Series or Special, and a Golden Globe as the Best Actor in a TV Mini-Series or Motion Picture. In 1983, he won an Honorary Academy Award to acknowledge his contributions to the world of film and radio for more than 50 years.

He appeared recently in the Hollywood Blockbuster “Night at the Museum” from 2006 and “The Muppets” from 2011. In Rooney’s last film, he reprises his role of Gus in “Night at the Museum 3” which will be arriving in theaters later this year on December 19, 2014.