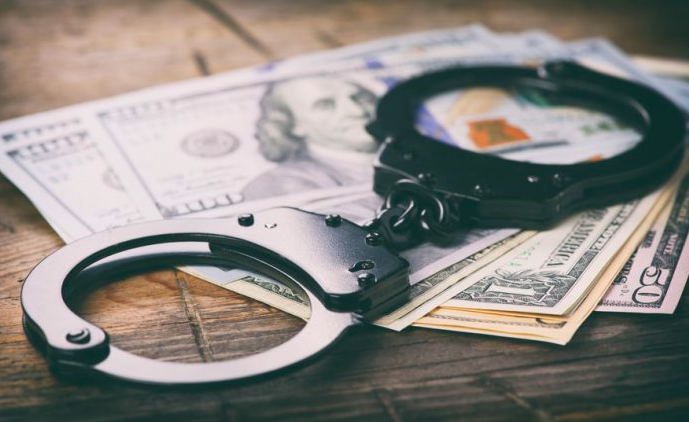 BEVERLY HILLS- 51 year old, Los Angeles County Internal Services Department official, Mohammad R. Tirmazi, was sentenced to 12 months in federal prison on Tuesday, June 23 for accepting nearly $300,000 in bribes from an electrical contractor. Tirmazi committed evasion fraud for failing to report the income he received from the accepted bribes as well as additional illegal income from a side business on his federal tax returns.

In May 2019, Tirmazi pleaded guilty to a two count information plea charging him with federal program bribery and subscribing to a false tax return. United States District Judge, Gary Klausner, ordered Tirmazi to pay $420,010 in restitution to the County of Los Angeles and the Internal Revenue Service.

The defendant began working for The Los Angeles County as a supervising telecom engineer, then as a section manager in 2016 for the voice, video, and application division of the county’s Internal Services Department. Tirmazi accepted bribes from the owner of Tel-Pro Voice & Data Inc., a known and trusted vendor that performed low voltage electrical wiring for the county. From late 2014 to 2016, Enrique Contreras, owner of Tel-Pro, paid the defendant with cash, checks and gifts. In sum, the bribes totaled $299,707.

In exchange for accepting bribes, Tirmazi approved change orders requested by Contreras for work projects that did not occur. The defendant also approved funding for materials that were not used on county projects. Tirmazi did not report violations of the county’s Building and Safety Code that were discovered during his inspections of Tel-Pro’s work that could have potentially created danger for occupants in project worked buildings.

In his plea agreement, Tirmazi admitted that he considered Tel-Pro’s work to be “shoddy,” but overlooked the poor quality work performed because of the bribes Contreras paid him. According to court documents, Tirmazi formed a Whittier-based company called TEQ Solutions, LLC as a way to conceal bribe payments from Contreras. Contreras paid Tirmazi with checks made payable to TEQ Solutions that were disguised to look like payment for legitimate services rendered.

To hide his ownership of TEQ Solutions, Tirmazi used a third party affiliate to file the false business paperwork and open a bank account under false documentations. To lower TEQ Solutions taxable income, Tirmazi issued falsified IRS Form 1099’s to make it appear as though other individuals had received income from TEQ Solutions for work legitimately performed that did not actually occur. From 2014 to 2016, Tirmazi failed to report a total of $355,107 of income he received from bribe payments and TEQ Solutions on his tax returns.

Contreras pleaded guilty in May 2019 to federal program bribery and subscribing to a false tax return. In his plea agreement, Contreras admitted  that he failed to report a total of $636,454 of income he received from 2013 to 2017 as a result of his improper deduction of bribe payments and other personal expenses. In his plea agreement, Contreras also admitted to bribing another Real Estate county official, 70 year old Thomas J. Shepos of Palmdale.

From 2013 to 2016, Contreras made cash payments to Shepos totaling approximately $200,000 to $300,000 in exchange for Shepos providing non-public county information to Contreras to help him secure county contracts. Shepos pleaded guilty in November 2018 to making false statements in which he denied receiving bribes and kickbacks while working for the county. Shepos also failed to report $139,400 in income including more than $100,000 in bribe payments.

In his plea agreement, Shepos admitted to excluding a total of $434,000 in income he received over a seven-year period on his tax returns. Shepos also admitted to receiving bribes from 59 year old Beverly Hills real estate developer, Arman Gabaee.

Gabaee, a co‑founder and co‑managing partner of the Charles Company, a Hollywood-based real estate development firm, was arrested and indicted on federal bribery charges in 2018. Gabaee allegedly paid cash bribes to Shepos for more than six years of $1,000 or more every month in exchange for county leases, non-public information, and other benefits.

Gabaee, a co‑founder and co‑managing partner of the Charles Company, a Hollywood-based real estate development firm, was arrested and indicted on federal bribery charges in 2018. Gabaee allegedly paid cash bribes to Tirmazi for more than six years of $1,000 or more every month in exchange for county leases, non-public information, and other benefits.

In 2017, Gabaee allegedly offered to purchase a Northern California residence for Shepos in exchange for his assistance securing a county lease in the Hawthorne Mall that Gabaee was redeveloping. According to the complaint, Gabaee wanted the county to enter into a 10-year, $45 million lease to rent space in the Hawthorne Mall for the Department of Public Social Services and other county departments. His trial is currently scheduled for November 3, 2020 before United States District Judge George H. Wu.

Tirmazi, Contreras, and Shepos have agreed to cooperate with federal investigators. These cases were investigated by the FBI and IRS Criminal Investigation and are being prosecuted by Assistant United States Attorneys Ruth C. Pinkel and Lindsey Greer Dotson of the Public Corruption and Civil Rights Section.