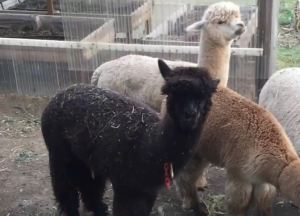 MALIBU—Several alpacas living amongst the Santa Monica Mountains were killed by a mountain lion (cougar) nicknamed P45 last week, according to the National Parks Service.

“This particular mountain lion has decided he has a taste for domestic animals and once they do that they usually don’t stop…I’d like to see the mountain lion relocated,” said Rancher Wendell Phillips to CBS Los Angeles. Phillips lost two female and three male alpacas, and his horse was also attacked.

According to the National Parks Service, it is against policy to relocate cougars. Ranchers affected by the attacks have since been advised to build larger enclosures for the protection of their livestock.

“When a mountain lion kills unprotected livestock it’s an easy meal for him. It’s not a sign of aggressive or abnormal behavior,” stated Kate Kuykendall of the National Parks Service. Mountain lions have been observed throughout the Santa Monica Mountains for the past 14 years.

To better prepare ranchers on how to avoid such attacks in the future, the National Parks Service will offer workshops to those seeking to protect their livestock.

For information on mountain lions in general, visit http://www.urbancarnivores.com.