Editor’s Note: This is Part Four of a four-part series. Part 1, Part 2, and Part 3 are instrumental in understanding this article.

MALIBU—We were getting closer by the day to reversing brain damage in my father. Although I felt magically guided in some ways, I found myself hitting my head against the wall in others. It was months of witnessing a miraculous statin cure in my father’s speech, balance, vision and swallowing. I was relieved and proud.

Then, one early morning, I was frightened out of a deep sleep. People were screaming at me, “Your father has fallen! Come quick!”

I always dreaded those emergency wake-up calls after the 1-2 hours of sleep I got each morning, all too familiar after statins were introduced into my world.

Without experiencing so much as a minor tumble in four months, this was the fourth unexpected fall in three days. We lifted my dad from the floor and he told us it was alright, but it wasn’t. My hope was shattered.

Frustrated, I questioned the house staff. All of us loved my father dearly and were committed to making him well again. Flor said, “Everything has been given on schedule without any problem except the one I told you about.”

My days were occupied with running my father’s firm, a task I was far from qualified for. By night, I was taking a crash-course on becoming a self-made scientist, learning things I thought my brain incapable of retaining.

There was no balance in my life, no activity befitting a normal 20-something-year-old. I was exhausted. This was a simple, but costly oversight.

Two weeks before, she had set the empty bottle on my desk with a post-it. It had fallen behind my desk, ensnared in a web of computer cables.

Three of us crawled under and behind the large corner desk before Flor announces, “this one!”

As we both sat back on our heels under the desk, looking at the orange and white NOW bottle of an amino acid, named Glycine Propionyl L-Carnitine (GPLC), an incredible desperate energy filled my heart. Everything I lived for went into the inkling of hope that THIS was THE answer to his recent relapse. 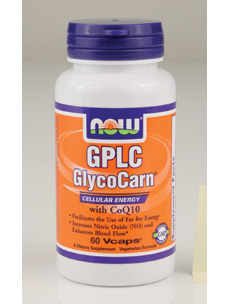 GPLC was an amino acid I found buried deep within the internet. I studied it’s positive effects on restoring damaged brain cells. It was scarce to find locally, so I had to order it online. We had no evidence of how much of a role, if any, it played… until now.

Reviewing our journals, we deduced that he had not received this supplement for the last week. That was the only change in his regimen.

I scoured the Internet while the house staff took to the phones to find every open vitamin store in LA. It was about 5 p.m. on Sunday.

I drove everywhere locally, finally ending up in Riverside at a health food store where the owner waited for me to arrive and pay $95 for a small bottle.

During the long drive home I was a proud scientist-in-training, thinking this small bottle contains my hope that the cocktail really works. I rush home, give my father a few capsules with apple sauce and eagerly watch him. I felt like a desperate pauper who believes they have the winning lotto ticket.

We watched him closely for the next few days, ensuring no falls happened but our vigilance proved unnecessary. He was back on a swing of improvement.

We laughed and giggled, talking about curing brain damage worldwide with my secret formula. I had never in my life been so proud to help my dad. He was the best dad ever and I was lucky to have cracked the code to reverse the brain damage the statins caused, which the neurologists had conveniently labeled as the incurable Progressive Supranuclear Palsy (PSP).

Once more, the unexpected falls stopped. True to our scientific method, we tested the effect of a missed dose of GPLC. Once more, he fell. Armed with this compelling data, GPLC became a cornerstone of his daily treatment.

Despite our discoveries, the doctors and nurses stepped-in, telling my dad that his supplemental treatment of 80-90 daily supplements was madness. Spurned by their “professional” opinions, he abandoned the regimen that had so markedly helped him regain his health.

They told him the supplements were only prolonging the inevitable, that regardless, the PSP was going to claim his life. After all, it was a deadly disease claiming the life of many, including British actor, Dudley Moore.

My dad was never one to prolong the inevitable, never the kind of man to accept a disease-stricken existence. He agreed with the medical professionals and quit treatment around May 1, 2011.

Within a month, his condition was worse than ever. Death seemed imminent. In less than two months, we went to the emergency room nearly 40 times.

On July 2, 2011, he was hospitalized at UCLA in terrible condition. He had difficulty swallowing food and drink. He had no strength. He couldn’t independently sit up or stand. His eye exam with the strongest lens possible was 20/400. He was legally blind again.

Once hospitalized, the doctors strictly prohibited any supplemental treatment. My dad realized the magic of the cocktail and agreed to resume. I rolled my eyes at him with my typical “whatever!”

But I was so happy when he said, “Seriously, come on give them to me.”

So covertly, I snuck his supplements into the hospital. I felt like a drug dealer! Late at night, I sat at the table of In-N-Out Burger, organizing the spread of thirty pill bottles in front of me. Unable to openly administer the treatment, I sat in the restaurant opening the capsules and mixing them into a cup of apple sauce. Then, I went to the hospital and secretly gave my dad the magical apple sauce, our loyal housekeeper standing guard at the door while he took them.

My dad would survive this scare. In four weeks’ time, he was able to sit up straight and started to walk again with assistance and use the Stairmaster. His speech returned, albeit slowly. Ever resilient, my dad, found a silver lining in his condition: the illness made his distinct Irish accent sound far more American, something he was always aiming for.

His supplements were coupled with a diet of nutrient-rich smoothies, full-fat organic dairy products, avocados, lima beans, barley, and tomatillos, to name just a few of the long list of magical foods. His former strength was returning. Even his vision, thought irreparable, made a remarkable recovery.

We went for frequent visits to the doctors to officially record his progress:

In shock, the optometrist asked if I would share my recipe with her. She had a seventeen year-old patient who suffered brain damage after receiving the Gardasil Vaccine. She was now living a wheelchair-bound existence, left without hope of escaping death. Unlike James, I happily shared the recipe.

Tragically, her family was averse to the idea of anything beyond the conventional wisdom of modern medicine, shipping her off to family in Mexico to continue a sickened and deteriorating existence. They too, had given up hope. My dad’s optometrist, a first-hand witness of his miraculous story, was devastated.

Three months after my dad’s hospitalization, his recovery remained consistent without trips to the ER. He could swallow liquid without coughing or choking. His speech, though slurred, was easy to understand. Even his high cholesterol, the red flag that earned him the misguided statin treatment, had returned to the medically proposed healthy levels and he remained free of any medication.

Discovering the recipe proved a long, testing process. I spent many nights by my dad’s side while he slept, scouring the Internet for the missing ingredients of this magical recipe. At times, I’d be so excited by a discovery that I would wake him and share my findings.

Typically, my father was most displeased to be roused. But woken with a promise of good health, he shared my excitement, laughing at the sight of my child-like joy and encouraging me with his favorite phrase “Brilliant!” and his thumbs up sign.

It was exciting for both of us. I was so desperate to find a cure. And we found one! Thank God, we found one.

He wasn’t as strong as he was pre-statin, active in running, biking, tennis, rugby and golf. But before an unrelated tragic event stole his life, he was progressively returning to form. I refuse to jealously guard this information, even though my attorneys think I should.

If you want a free copy please send me US mail including a self addressed stamped envelope. It must include your full name, physical address, and a legitimate phone number with a brief description of why you are requesting it. No post office boxes or borrowed addresses. I will keep your information private. Before negotiating with me on this, realize this is my work and therefore I want to know who is getting it. If you are not willing to be transparent with me… then you do not deserve to have my private information.

The health of our loved ones is priceless. It’s very painful for me to reflect on the years of statin damage or of my father’s tragic passing. Against my better judgment, I was pushed to tell my story by co-workers and editors, so here it is. One day I will be strong enough to go through our video diary and daily journals and share these details with you.

But that is not today.

If you learn anything from reading about my tragic secrets, please take with you that “high cholesterol alone does not kill.” Many people live long stroke-free, heart attack-free lives with very high cholesterol well into their 90s and 100s, including my ancestors.

These people stay relatively youthful and active in their daily lives not relying on medicines, frequent doctor visits and canes without a strict vegan or other specialized extra healthy diet. These people eat butter by the tablespoons, bacon, meat, milk and other things our modern trend screams about. Hereditary and other non-related health issues push that number up. The myelin sheath is made up of 99 percent cholesterol and that protects the nerves from your brain.

The drugs and pill pushers do not want you to know because this truth will halt their $30 billion dollar a year revenue stream.

Don’t be a victim like my family was. Do your research, and just say no to drugs, even if the dealer is in a white jacket, well-educated, and drives a Jaguar.

The articles addressing statins can be found by clicking on the links below:

The Secret Of Statin Drugs (Part 1)

I would love to hear about your experiences with statin drugs. Please email me at hazel@canyon-news.com. Find me on twitter at hazel90210.