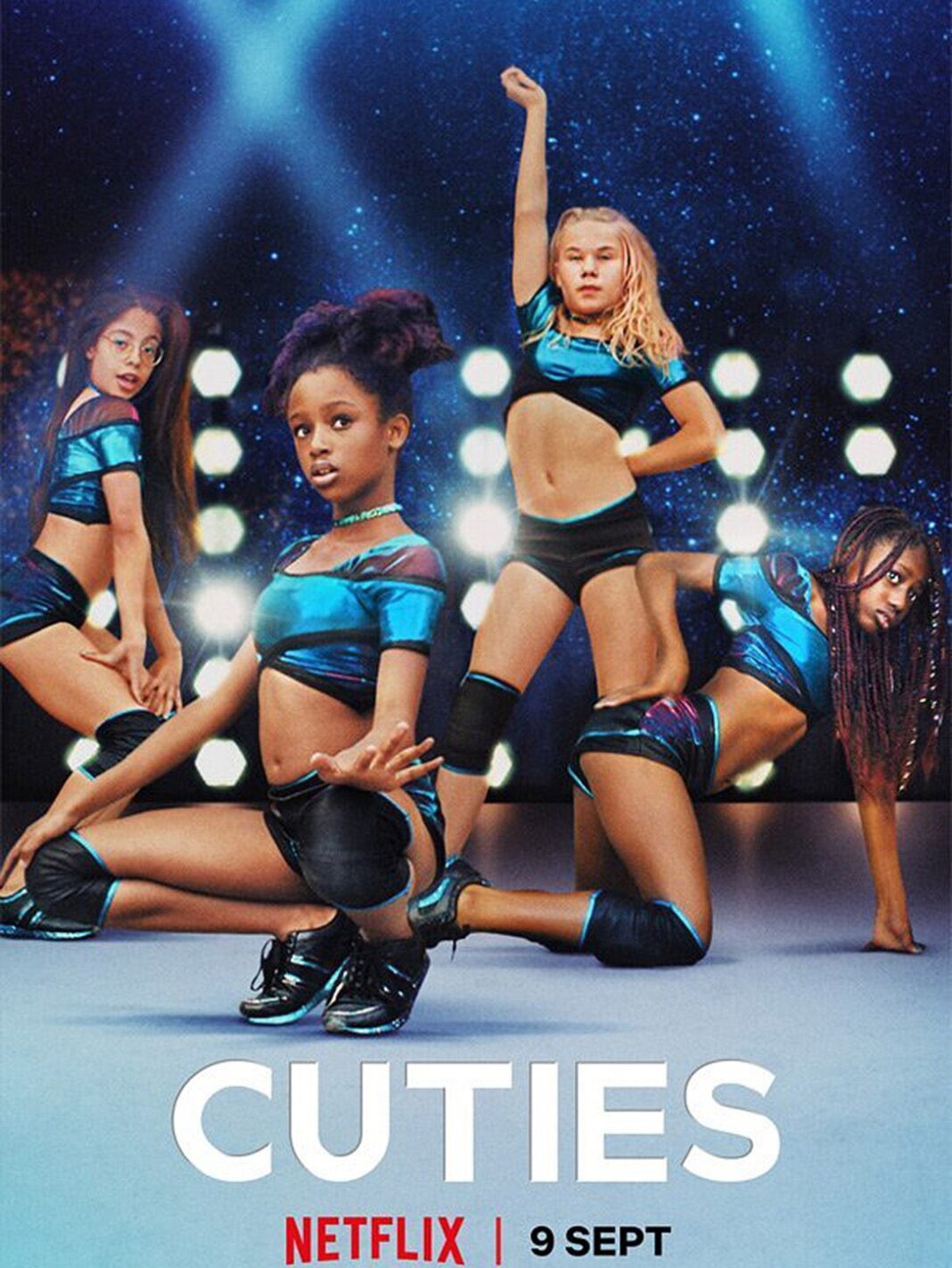 WORLD—Netflix film, Cuties, sexualizes children. The description of the film reads, “Eleven-year-old Amy starts to rebel against her conservative family’s traditions when she becomes fascinated with a free-spirited dance crew.” 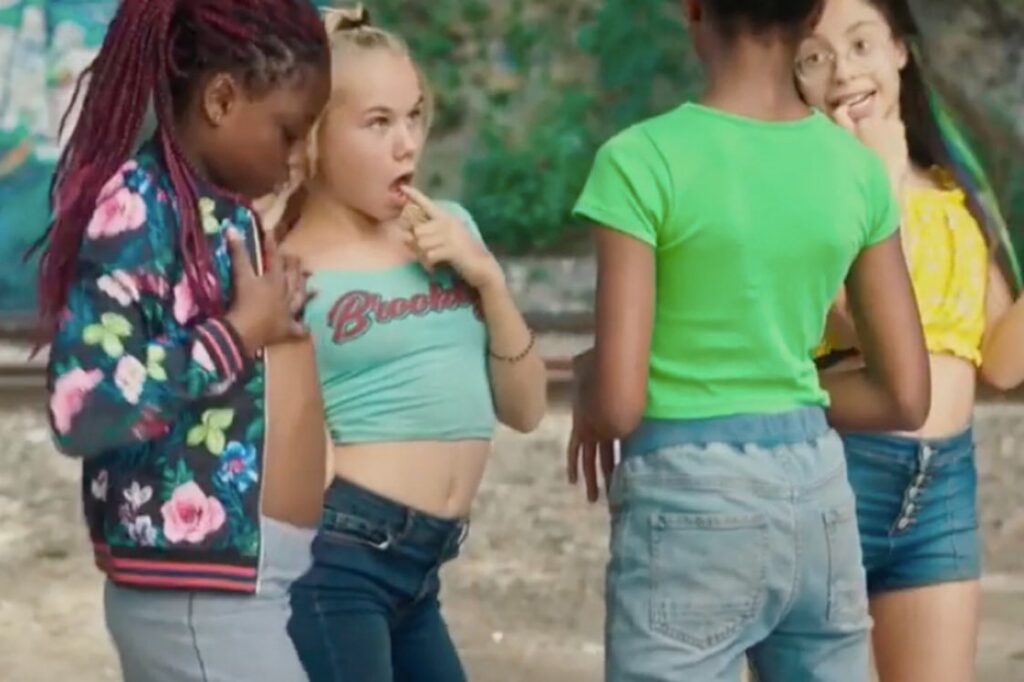 Likewise, the movie shows several scenes of the girls wearing crop tops, short tight skirts, heels and make-up while they are at school, shopping and dancing.

The main character, Amy who is from a Muslim family is not accepted into the crew until she proves that she can fit in with the girls by dressing and dancing like them. Her neighbor and friend in the show, Angelica accepts her as a friend during a scene when the girls are in a laundry room and Amy tells her “I can dance.” She proceeds to get on all fours, arch her back and hump the ground as her routine.

In one scene, Amy is caught with a phone that doesn’t belong to her and in her attempt to keep the phone from the man she stole it from she figures seducing him by taking off her sweater and unbuttoning her jeans would convince him to let her keep the phone. She locks herself in the bathroom before giving it back and takes a nude photo of her vagina to post on social media in attempt to get attention because she has seen so much of it with her recent act of promiscuity.

As if this is not enough exploitation for you, there is another scene when the girls are caught sneaking into an arcade and get caught by the security. When the security says they’re going to call their parents to tell on them, the girls beg for them not to, accusing them of being “molesters” and “perverts” but then proceed to dance for them. The men look at the children impressed as if they are turned on by their moves and to validate the sexual nature of the scene one of the security guards hits the other one once they leave and says, “are you kidding me?” The girls were let off the hook once they seduced the men – go figure.

Once Amy started dressing sexy, taking videos of herself dancing, bullying girls and wearing make-up, she got exactly what she wanted. She got friends, attention from boys and the ability to dance in the competition. Before her tight clothing one of the girls told Amy, “you’re so flat, I can’t tell the front from the back” as she laughed touching  Amy’s body.

Promiscuity, bullying and body shaming is encouraged throughout the film and the only repercussions shown are in Amy’s household when her mother gets angry and tells her she “doesn’t know who she is.”

When the girls go shopping they choose bras and underwear and not just any underwear — lace thongs. The “artistic” scene of them walking down the street shows the girls with lace underwear outside their jeans and bras on as they laugh with excitement about their news lingerie.

Kelsi Swift started a petition on Change.org calling for people to cancel their Netflix subscription because of the several movies and shows that she believes “exploit children” and have a “disturbing vibe.” The goal is 1,000,000 signatures and as of September 12, there are 631,566 people who signed.

Writer and director of the film, Maïmouna Doucouré from France was inspired to write the film after she attended a cultural show to understand women in our society. She explained that “she spoke with many of the girls to figure out why they are dancing like that and wearing these short and sexy clothes” but confirmed she, “doesn’t have an answer for why.” But expressed that this is what she saw with these little girls and “how the system is working with children.” She said, “It’s important to see the reality.” She explained Amy’s rebel as looking for “freedom of women” because there is “female depression” in her home.

The interviewer went on to describe the scene of them buying lingerie as “decompressing with the character” although he did not explain how a man like himself would identify with an eleven year old purchasing bras and underwear. He asked Doucouré about the “comedic elements” like one scene when the girls find a condom and toss it around. She called it, “playing.”

CEO of Netflix, Reed Hastings defended the film releasing a statement saying, “It’s an award-winning film and a powerful story about the pressure young girls face on social media and from society more generally growing up – and we’d encourage anyone who cares about these important issues to watch the movie.”

Previous President of the United States, Barack Obama and his wife, Michelle have a multi-year deal with Netflix that was signed in 2018. Michelle Obama who is known as the previous First Lady is also a role model to young girls. Her message of supporting girls has been widely spread for years. During one of several speeches about education for girls, she said, “For me this is personal. I think about my daughters. These are our girls.”

In 2016, she said, “To all girls… be supportive of each other ” and let them know that, “We can all rise together.” Michelle Obama’s message of importance of education and opportunity for women (outside of illegal sex work) has been lost throughout this film and her silence has been noticed.

CEO and democratic donor, Hastings has yet to pull the film from Netflix.