UNITED STATES—A total of nine U.S. citizens were killed in Mexico by drug cartels on Monday, November 4. Those killed include three mothers from La Mora, a large Mormon settlement located 70 miles from Douglas, Arizona. The women were traveling to Chihuahua, Mexico to attend a wedding.

Fox News reported that one of the vehicles en route to the wedding sustained a flat tire, where upon their return to their vehicles they were ambushed. The vehicle was set ablaze.

Eight children were found alive in the brush riddled with gunshot wounds. A family member posted video footage of the wreckage.

9 US citizens, three mothers and their children, were killed in an attack relatives believe might have been a case of mistaken identity by drug cartel members. The victims were from La Mora, a large decades old breakaway mormon settlement located about 70 miles south of Douglas, Arizona in Sonora Mexico. The mothers were driving to a wedding in another Mormon community in Chihuahua, when their vehicles were attacked which caused one of the vehicles to engulf in flames.8 children fled into the brush and were found alive, some with bullet wounds. Donald Trump tweeted about the attack and offered to help "to wage WAR on the drug cartels and wipe them off the face of the earth."*We advise readers to take any official and unofficial information with a grain of salt. There is plenty of misinformation, disinformation, and political motives along with a very complex relationship between the Mexican and US governments, the Mormon settlements and the area drug cartels.

Mexico officials said that “3 women and 6 children were slaughtered by cartel gunman and one child is still missing in northern Mexico. Relatives say the victims are U.S. Citizens.”

The Agency for Criminal Investigation indicate that one suspect has been apprehended and is in custody via Facebook. He was found across the border from Douglas, Arizona, in Aqua Prieta. The suspect had two hostages bound and gagged in addition to four assault rifles in the vehicle he was driving; a bulletproof SUV. 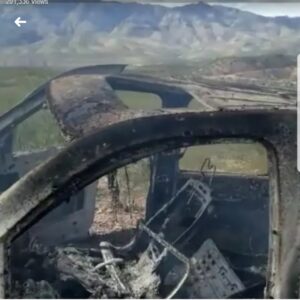 Security Secretary Alfonzo Durazo indicated on Tuesday, November 5, that the gunman may have mistaken the groups large SUVs for rival gangs. Durazo indicated that six children were wounded in the attack, and five have been transferred to hospitals in Phoenix, Arizona.

Durazo reported that Sinaloa has an important presence in the area, but is fighting for the territory with rivals. 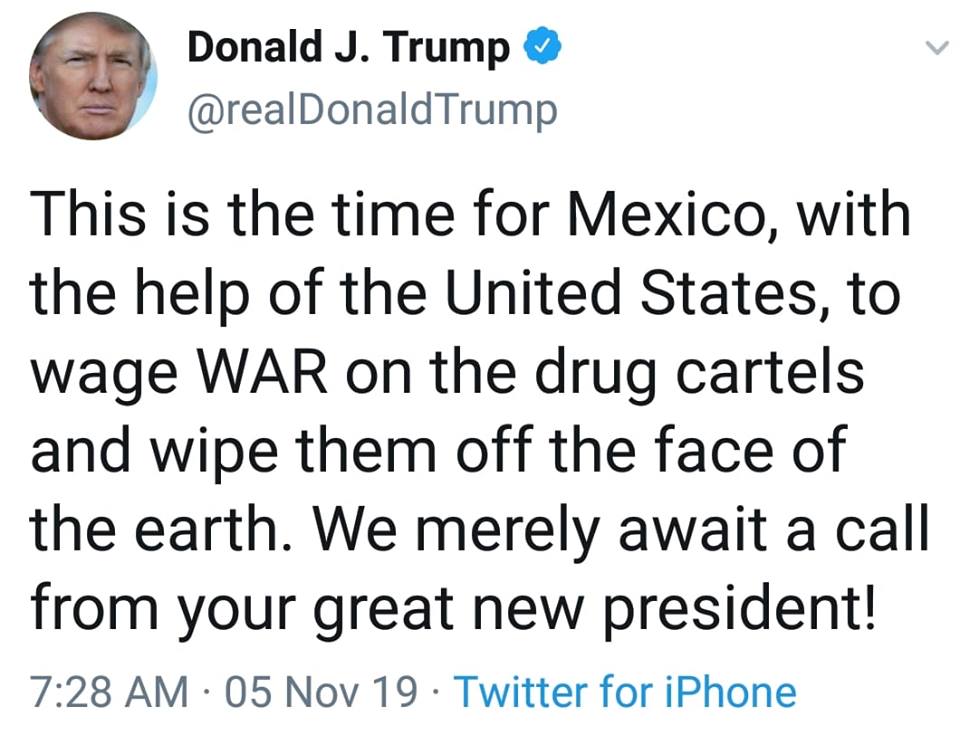 President Trump’s reaction to the attack was to offer military aid to Mexico, which Mexico’s President declined. The names of the victims have not yet been disclosed to the public.