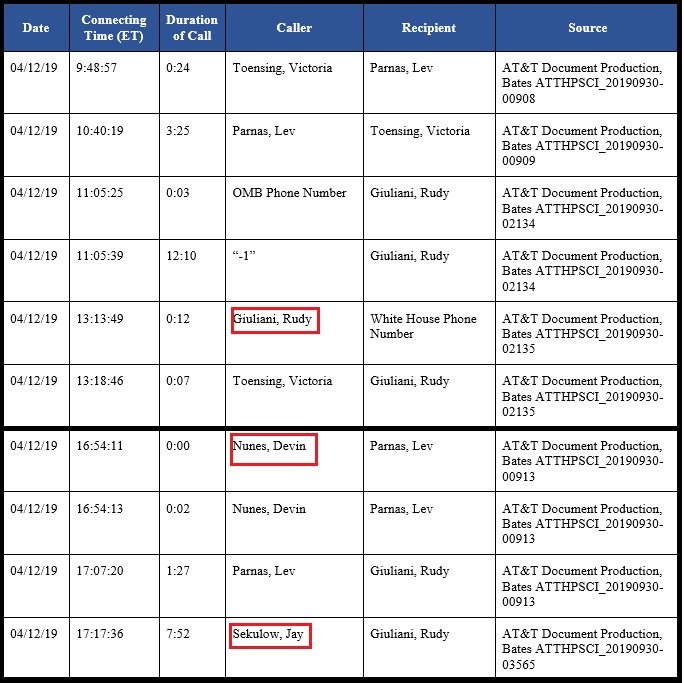 “They have now set a precedent where Adam Schiff can go get any phone number he has to AT&T and AT&T is going to comply,” said Nunes during a conversation with FOX News commentator Tucker Carlson.

In his interview, Nunes indicated he was exploring his options on what legal actions he should take.

“I’m in California, so for sure, state law, you cannot release somebody’s phone records. So, for sure, that right has been violated. But, we also have to look at the constitutional aspects of this and do all the members of Congress have a right to privacy, and can just one member, because he doesn’t like someone and he’s a political opponent of someone, can that member just subpoena records and then release just to embarrass or to create a distraction or to build whatever fantasy-land narrative that they continue to build?”

“There’s nothing wrong that Devin has done except once again to get accused of something,” said Republic House Minority Leader Kevin McCarthy about Nunes during a press conference. “I don’t have a problem with Devin talking to individuals.”

.@RepAdamSchiff abused his power by targeting his political opponent for his personal political gain.

Could you imagine if a Republican member of Congress went digging through a Democrat’s phone records?https://t.co/toHMZuDAa4

“The public has a right to know with whom Adam Schiff has coordinated his impeachment effort and if America’s and if America’s National security is at risk in any way as a result of Schiff’s actions, Banks wrote to Graham.”

“No, I don’t have any desire to subpoena Adam Schiff’s phone records. We’re not going to do that. No, we’re not going to do that. I wouldn’t want my phone records subpoenaed. Now, if some investigative body outside of Senate oversight wants to do it, that’s up to them. But when House members and Senate members start subpoenaing each other as part of the oversight, the whole system breaks down,” said Graham.