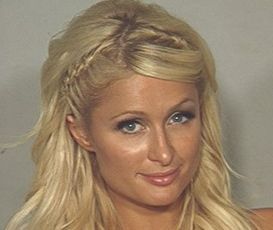 HOLLYWOOD—On Friday, August 27, Hollywood socialite Paris Hilton was arrested on suspicion of drug possession. The celebrity entrepreneur was in Las Vegas with her boyfriend Cy Waits, who is the co-head of the nightclub operations for the Wynn Hotels. At around 11:30 p.m. that night, a motorcycle officer approached the pair inside their black Cadillac Escalade after noticing marijuana smoke coming out of the vehicle.

A group of onlookers gathered by the vehicle, which was near the Wynn hotel on Las Vegas Boulevard. Hilton requested that police move the conversation into the hotel, seeking privacy from the growing crowd of around 100 people who had recognized her. According to the arrest report, Hilton asked to use the bathroom inside the Wynn hotel. While she was standing with the officer outside of the restroom, Hilton opened her purse to put on lip balm, at which point the officer saw a bindle of a suspicious substance inside the bag.

Hilton was arrested on suspicion of felony cocaine possession and Waits for a misdemeanor DUI. Both Hilton and Waits were booked into the Clark County Jail in Las Vegas. Paris was released at around 2:45 a.m.  In a statement, her lawyer David Chesnoff said, “Paris Hilton was released this morning on her own recognizance. This matter will be dealt with in the courts, not in the media and I encourage people not to rush to judgment until all of the facts have been dealt with in a court of law.”  Chesnoff has said that there will be no more interviews or comments at this time.

It was only a few days earlier in the week that Paris and Waits were awoken by an intruder at her Sherman Oaks residence.  A knife-wielding man had made it onto her property and was stopped only when Waits threatened him with a firearm.  Police arrived and arrested the man, Nathan Lee Parada.  In July, Hilton was arrested at the World Cup in South Africa on suspicion of marijuana possession, but the charges were dropped.

If charged, she faces anything from probation to jail time, while Waits’s position within the Wynn empire may be ending, as sources are speculating that he may lose his job even though he was recently promoted. In the wake of this arrest, Hilton has said that the purse was not hers and that she was holding it for a friend.