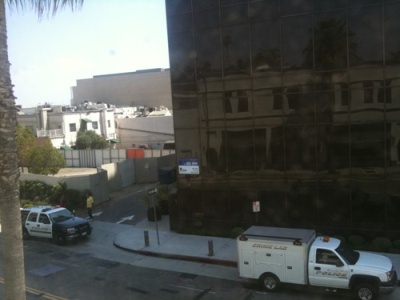 BEVERLY HILLS—Police are continuing their investigation involving multiple burglaries that occurred on Sunday, August 29, at the Bank of America building located on 9440 Santa Monica Blvd .

Canyon News spoke to Sgt. Davis of the Beverly Hills Police Department on Monday about the incident.  “There was a burglary at the Bank of America building, but the bank itself was not burglarized,” stated Sgt. Davis.

He said that multiple establishments inside the building were burglarized.  There is no information at the moment on exactly how much money was stolen from each establishment.  When asked by Canyon news if police had surveillance video from the incident, Sgt. Davis indicated he was not aware of any as police are still conducting their investigation.