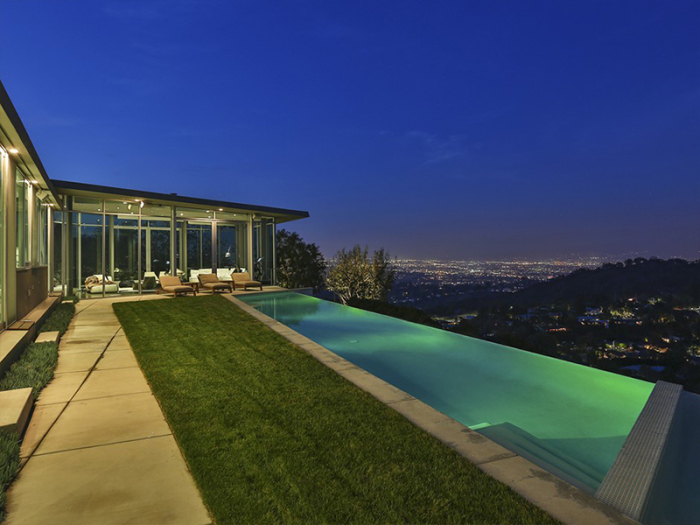 The Laurel Canyon home previously set a record for the priciest mansion in the area when it sold for $5.6 million in 2009. The house was designed by its former resident, Hagy Belzberg, who is known for his sleek homes and work on such projects as the Los Angeles Museum of the Holocaust.

Pharrell, as he is known, is an 11-time Grammy Award winner. Among his monster hits was the best selling single of 2014, “Happy,” from the animated movie “Despicable Me 2” soundtrack. Singly or as one half of the producing duo the Neptunes, he’s worked with Missy Elliott, Gwen Stefani, Beyoncé, Solange, Jay-Z, Daft Punk and Robin Thicke.

The property is set on 1.5 acres on a narrow ridgeline overlooking views of Sunset Strip, a renowned area for music history. Its eco-friendly design, created with locally sourced building materials.

The 42-year-old also owns a 9,106-square-foot gated mansion on a private waterfront peninsula in his home state of Virginia and two homes in Florida, according to Variety.

Liam Spencer Is The Daddy On “Bold And Beautiful!”