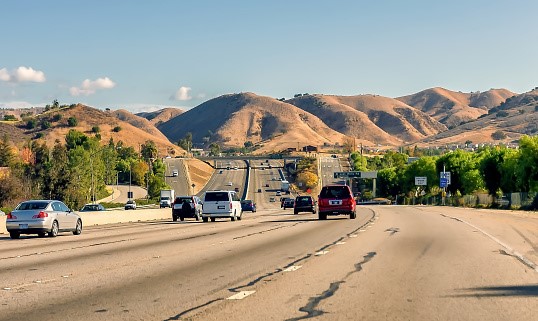 WOODLAND HILLS—A police chase of a box truck driver shut down the northbound lanes on the Ventura 101 Freeway on Wednesday, June 9 around noon.

During the pursuit, the driver stopped the vehicle exited the truck, and took a seat in the middle of the freeway near Haven Hurst Avenue to smoke a cigarette.

The California High Patrol reported that after their investigation they discovered that the box truck driver was involved in a hit-and-run accident on the 405 San Diego Freeway.

Authorities were able to apprehend the driver and place him in custody, no injuries or fatalities were reported. No additional details about the incident have been disclosed to the public.

Traffic on the 101 freeway was shut down during the incident. At approximately 1 p.m., the investigation was conducted at the breakdown lane of the freeway, where traffic in the region remained congested.