UNITED STATES—A Pro-lifer was allegedly assaulted outside of a Planned Parenthood establishment in Washington D.C. on August 31.

Pro-life advocate, Michael Gribbin stated he was meeting fellow pro-lifers in front of the Planned Parenthood facility in Washington D.C. with a sign that read: “Children are killed here.”

Gribbin stated that he was writing a Pro-Life message on the sidewalk with chalk when he was approached by a middle-aged man. He began swearing at Gribbin and was rubbing off the chalked message with his foot before walking away.

A man later returned, who Gribbin was not sure if it was the same individual he previously confronted. He has been identified as Quinn Chasan, who had soap and water in his backpack. He began pouring the substance on the pro-life message Gribbin wrote on the sidewalk.

He stated that the two began arguing about pro-life issues. The entire incident was captured on YouTube video.

Chasan reportedly took the bag of chalk Gribbin was using and walked away before he was followed. He can be heard on video saying, “Dude, give me back my chalk.”  Chasan took the chalk out of the bag he was carrying and threw it. 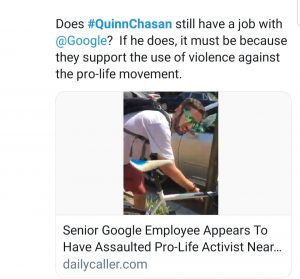 Chasan started to unlock his bicycle lock when Gribbin indicated he was not going to let Chasan leave before authorities arrived. Gribbin stated that he was punched at least eight times during the incident.

According to Linked and medium.com Quinn Chasan is a Google Cloud executive in the analytics department. 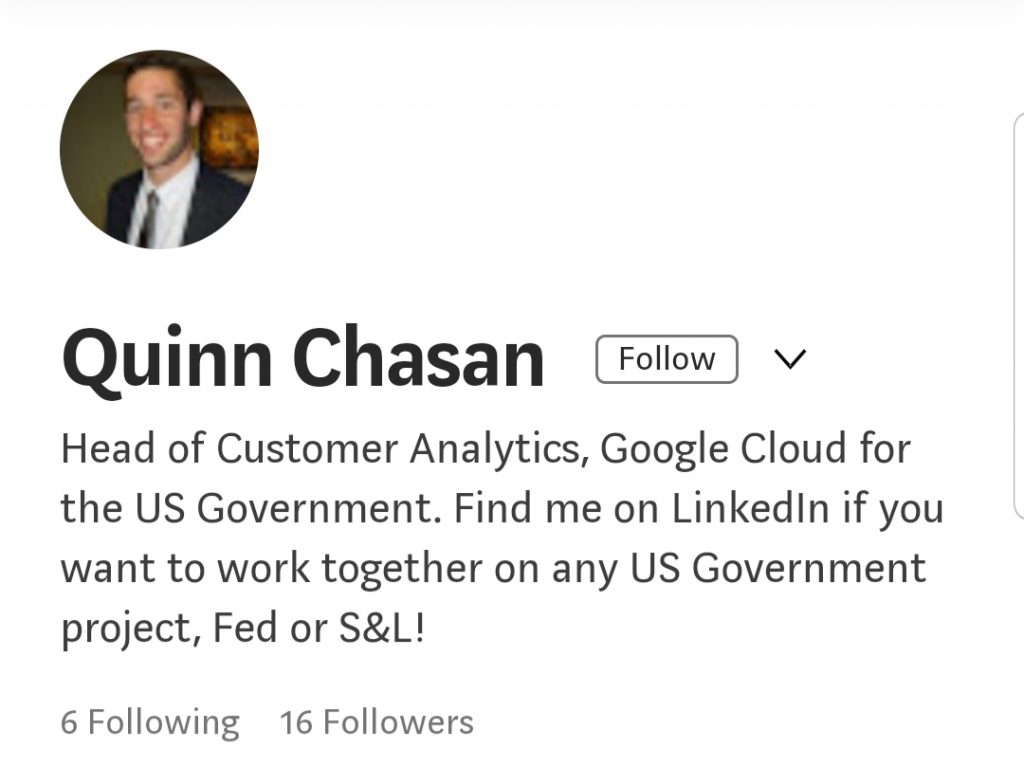 Gribbin filed a police report. Canyon News contacted the Washington Metropolitan Police for a statement, but did not hear back before print. No details have been disclosed if an arrest has been made in the incident.