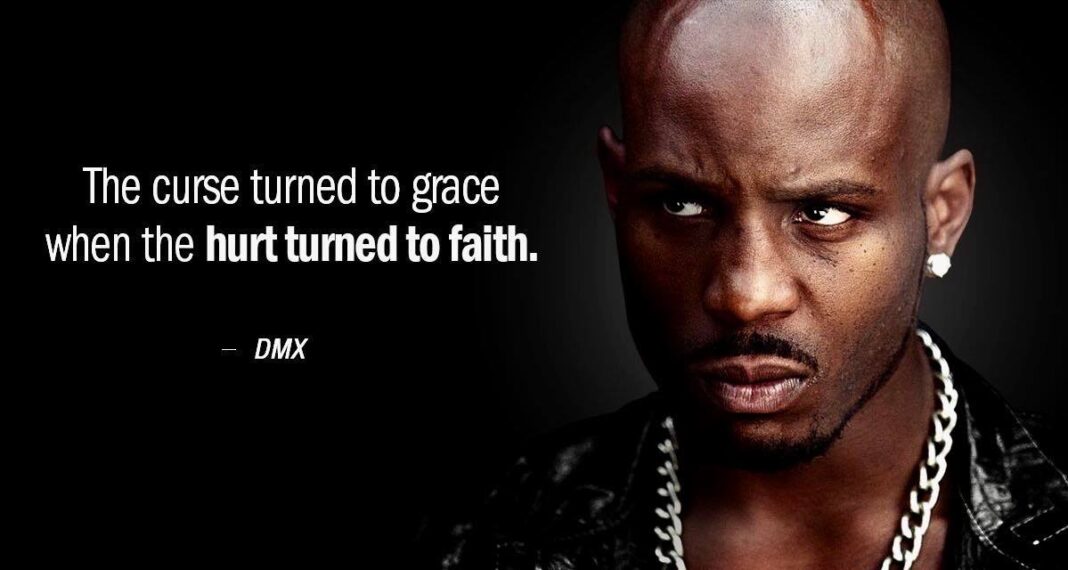 HOLLYWOOD—Rapper DMX, born Earl Simmons is on-watch at the hospital following his heart attack. According to published reports, a source has stated that medical staff attempted to revive him twice in the house, and revived him again in the hospital after he was admitted due to a reported drug overdose.

In respect for his family, it is a very difficult time, standing by his bedside, holding his hand and praying. The 50-year-old rapper-actor recently relapsed with his drug addiction and was diagnosed with COVID-19. As of press time, he’s still in critical condition, in a coma. On April 5, DMX’s family and the Ruff Ryders To The Rescue Foundation organized a prayer vigil outside of the hospital in White Plains, N.Y., to honor and send well wishes to the Ruff Ryder’s Anthem rapper. Hundreds of fans and peers attended the vigil on that evening.

Not only in New York, but around the world, fans are holding vigils and praying for the survival of a hip-hop legend, who remains on life support at White Plains hospital. DMX was at his White Plains home when he overdosed on drugs, triggering a heart attack that left him in a “vegetative state,” according to published reports. His life has been full of ups and downs, before he landed in he hospital. He was at home with his fiancée Desiree Lindstrom and his 5-year-old son, Exodus.

Debts consumed him as he moved all over the country and since the 90s, he has undergone repeated foreclosures, forced sales and investment losses in his real estate portfolio despite his lucrative, multimillion-dollar career, according to financial documents. His songs made him $2.3 million between 2010 and 2015, but his net worth is estimated to be less than $500,000 with liabilities over $1 million. He claimed in a 2016 bankruptcy statement. He has had financial and legal troubles including jail stints for tax fraud, unpaid child support and traffic violations including a DUI.

He has had his share of woes, including in and out of rehab. He’s had a traumatic past of early childhood abuse, a bipolar disorder, and first got hooked on drugs at 14 when his mentor laced a blunt with crack without his knowledge. Amid his personal and legal struggles, DMX and his ex-wife Tashera Simmons struggled to keep her and their four children in their Mount Kisco home, which they previously shared together.

He paid back a $250,000 loan against the house in 2014 after a lawsuit, but he filed for bankruptcy in 2016, claiming he owed $2 million, listing the home among his assets, according to Realtor.com. He transferred the home to an LLC called Tasher Way in 2019, property records show. After several bankruptcy filings, creditors started calling his financial maneuvers a scheme to keep the house without paying for it, according to the Weschester County Business Journal. The father of 15 briefly lived in Lyman, South Carolina, but he had to leave when he was arrested and served for tax fraud.

So who are the Ruff Ryders? They are the founders that were initially famous for managing rappers DMX and the Lox who became multi-platinum stars for Def Jam Recording and Bad Boy Records in the late 1990s. After DMX’s success, the management company began its own label imprint through Interscope Records, and had success with releases from female rapper Eve, former Bad Boy Records group The L.O.X.-the two consisting of Jadakiss, Styles P and Sheek Louch all of whom also released successful solo projects under the label, Drag On and Jin, winner of BET’s 106 & Park freestyle MC battle competition. The Deans nephew Swizz Beatz is the main producer from most of the acts on the roster.

Rose’s Scoop:  Prayers go out to DMX and his family for a speedy recovery! God-speed!