UNITED STATES—In a June 23 press release from the California Secretary of State Dr. Shirley Weber, the Department of Finance was notified that the Recall Gavin Newsom effort acquired enough signatures and will move forward with a special election. 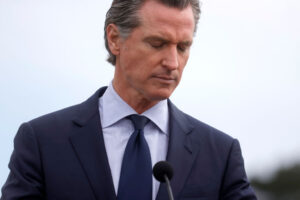 A total of 43 individuals withdrew their signatures from the petition, “to recall Governor Gavin Newsom, and that the remaining 1,719,900 verified signatures still meet the threshold to initiate a recall election. A sufficient number of verified recall signatures had previously been reached by recall proponents in April. However, in accordance with California election law, voters were given a 30-day period from April 26 to June 8th to request county officials remove their signatures from recall petitions.”

Weber’s letter initiates the next step of the recall effort and will begin a cost analysis of a gubernatorial recall. Estimated costs must now be submitted to Governor Gavin Newsom, Lieutenant Governor Eleni Kounalakis, Secretary of State Weber, and the Chairperson of the Joint Legislative Budget Committee (JLBC), Senator Nancy Skinner by August 5.

The SOS will then certify the sufficiency of signatures pursuant to statutes. According to reports, organizers of the Recall Gavin Newsom effort submitted 2.1 million signatures by the March 17 which was the filing deadline.

On June 28, California GOP (CAGOP) reported that Democrat lawmakers passed a bill prior to the recall effort of Newsom. Newsom signed the SB 152 measure, and the new laws dictating the new election and recall laws were reportedly put into place to help him in the recall effort.

According to reports, Governor Newsom may have had a filing error in that no party line was chosen in his paperwork turned into the Secretary of State’s office. Details for the special election can be viewed here.