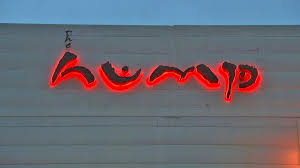 SANTA MONICA—On March 20, The Hump restaurant, located at the Santa Monica Airport, has closed down after the owners were accused of illegally selling whale meat.

The restaurant’s Web site thehump.biz announces that its owner’s decision to close the restaurant is intended to help bring awareness to the hazardous effect that illegal selling of whale meat can have on whales and the environment.

“Closing the restaurant is a self-imposed punishment on top of the fine that will be meted out by the court. The owner of the Hump also will be taking additional action to save endangered species,” the site states. “The Hump apologizes to our loyal customers, the community of Santa Monica, and the public at large for our illegal actions. While the current difficulties faced by The Hump overshadow the many friendships formed over the years, we want our customers and friends to know how much we thank you for your support.”

Kiyoshiro Yamamoto, 45, a chef at the upscale 12-year-old eatery, and its parent company Typhoon Restaurant, were charged with illegally selling Sei whale to customers for an unauthorized purpose after being investigated by two female activists who went undercover and ordered the “chef’s choice” meal valued at $600. The women were reportedly served horse and whale meat. Samples of the meat were sent to a researcher at Oregon State University where the DNA matched that of the endangered Sei whale. The activists were working with producers of the Oscar-winning film “The Cove.”

“Someone should not be able to walk into a restaurant and order a plate of an endangered species,” stated U.S. Atty. Andre Birotte Jr. “Federal law has a variety of provisions, including criminal statues, intended to protect this planet’s threatened natural resources. People should be aware that we will use these criminal statutes where appropriate to protect endangered species, including to ensure that they do not end up a part of a meal.”