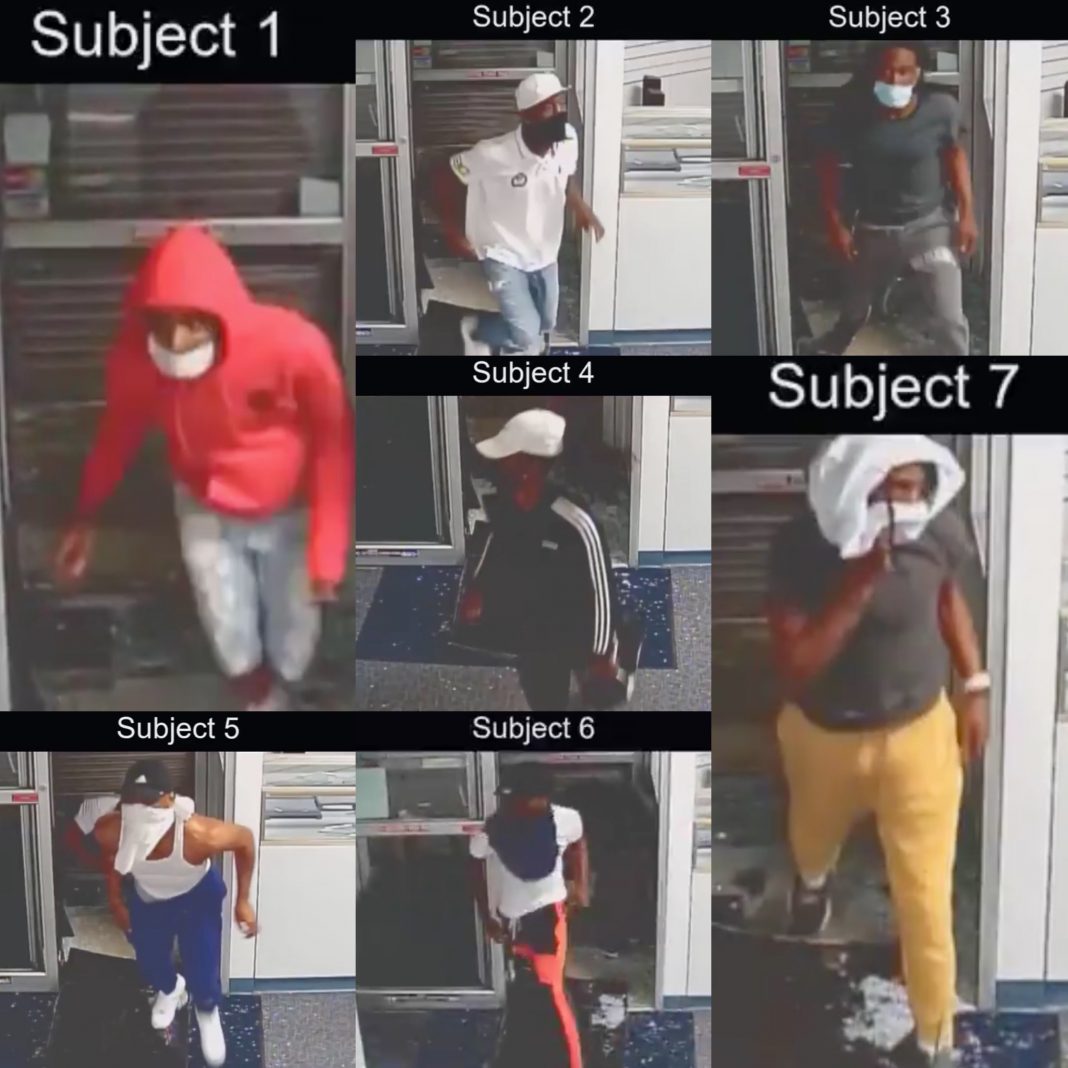 MISSOURI—David Dorn, 77, a retired St. Louis Police Captain, was shot and killed by looters when he was protecting his friend’s pawn shop during the protest on June 2, Tuesday in St. Louis. The case is still under investigation and no arrests have been made.

Dorn was found on the sidewalk in front of Lee’s Pawn & Jewelry at 4123 Martin Luther King Drive in St. Louis at around 2:30 a.m. and the video of him bleeding to death was circulating online. Dorn’s death happened the day after 55 businesses were burglarized and four St. Louis police officers were shot Monday night. Two were shot in the leg, one in the foot, and one in the arm.

“I don’t understand what that has to do with Mr. Floyd’s death. Mr. Floyd’s death is tragic. But can we make something out of these kids coming down here and just started like crazy, jumping up and down, high fiving each other, flourishing pistols,” said St. Louis Police Chief John Hayden. “We’re trying to get control of the city. I don’t know what else to say. This is horrible.” 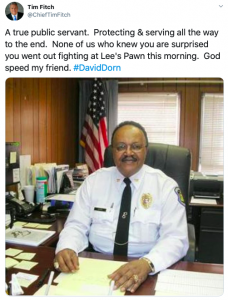 “A true public servant. Protecting and serving all the way to the end. None of us who knew you are surprised you went out fighting at Lee’s Pawn this morning. God speed my friend,” said former St. Louis Police Chief Tim Fitch via Twitter.

“With that in mind, we must remember to recognize the lives of lost. The passing of George Floyd who was killed unjustly and the horrific video that we all have seen. And we must also remember the passing of Police Captain David Dorn, yesterday who was shot and killed by looters in St. Louis,” said Kayleigh McEnany, the White House Press Secretary, during the speech. “Let us never forget the heroic men and women who have been killed in the line of duty, protecting both you and me each and every day!” 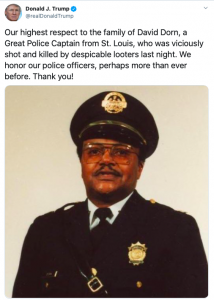 President Donald Trump tweeted, “Our highest respect to the family of David Dorn, a Great Police Captain from St. Louis, who was viciously shot and killed by despicable looters last night. We honor our police officers, perhaps more than ever before. Thank you!”

St. Louis Metropolitan Police Department posted a video showing individuals of interest in the fatal shooting. The Police Department announced a $45,000 reward for information related to the death of David Dorn.