UNITED STATES−James Bodenstedt, CEO of Muy Cos., which operates Pizza Hut, Wendy’s, and Taco Bell is under fire for donating funds to the reelection campaign of President Donald Trump.

The recorded donations have been made over a two-year period starting in 2019. As of March 2020, large donations that accumulated would equal to approximately $200,000 from the Muy Cos. to President Trump’s re-election campaign (Trump Victory). 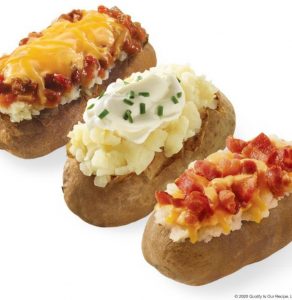 Twitter and other social media sites, and those against President Trump started a campaign on social media to boycott Wendy’s, with the #WendysisOverParty.

The posts are still on Twitter. They have not been censored or taken down.

According to Muypizzas.com, the corporation is civic-minded and gives to approximately 15 other charities in addition to supporting the POTUS.

“We also believe in investing in our neighborhoods. That is why we help support local boys and girls clubs, schools, sports teams, and civic groups,” the website states.

On May 18, 2020, President Trump hosted a roundtable meeting at The White House with restaurant executives and industry leaders, discussing how to help the American people while reopening the economy post-COVID-19.

Mr. Bodenstedt attended the meeting and spoke on behalf of the employees that work at his 765 restaurants across the U.S. He indicated that each restaurant has approximately 27 employees.

Bodenstedt spoke of the needs of his employees and their families and the importance of how people treat one another; treating everyone that enters into the restaurants like family.

Canyon News reached out to the administrators of the FEC web site with a records request on the donations of Bodenstedt. Public Affairs Specialist, Myles Martin responded with the following link for donations more than $200.

A page and a half of public records of Bodenstedt donations for the past two years indicate regular donations to President Trump’s campaign, Republican National Committee, and members of Congress the CEO chose to endorse.