Miss Wixted worked as a nurse at Centinela Hospital Medical Center in Inglewood, California. Her body was found in her Malibu Studio apartment. She had been sexually assaulted, tortured, bludgeoned, and strangled to death. The Oxygen channel featured the murder in an episode titled, “Mark of a Killer.”

In 1978, Alcala was a contestant on “The Dating Game.” In 1980, he was sentenced to death in Orange County for the 1979 death of 12-year-old Robin Samsoe of Huntington Beach.

Samsoe was abducted on June 20, 1979, while riding her bicycle from her neighborhood to ballet practice. The child’s body was found 12 days later off Santa Anita Canyon Road. The murder was listed as one of Orange County’s notorious murder cases.

In 1984, Alcala’s sentence was reversed, and he received a new trial. In 1986, he was indicted again for Samsoe’s murder. In 2003, a Federal Appeals court overturned the sentence granting Alcala a third trial.

In 2010, Rodney James Alcala, who was listed as a serial killer, was indicted on 5 counts of first-degree murder. 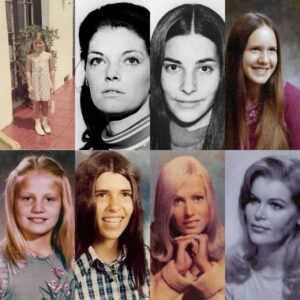 He was sentenced to death for killing Samsoe as well as the 1977 murder of 18- year-old, Jill Barcomb of Oneida, New York, Wixted, the 1979 death of Jill Parenteau, and the 1978 murder of Charlotte Lamb.

Barcomb was a runaway who died in Los Angeles County. She had been in southern California for three weeks when her body was found near Mulholland Drive. She was sexually assaulted and strangled.

There was some confusion as to who killed Barcomb, as the Hillside Strangler was reported to be responsible for her death.

According to reports, Alcala was brought in for questioning regarding the death of Barcomb during the investigation of the Hillside Strangler. He was questioned and released.

Parenteau, 21, was a computer programmer and keypunch operator who was attacked and killed by Alcala after he broke into her Burbank apartment by wriggling the window shutters open.

In 2013, Alcala admitted to two additional murders and he may have been responsible for the deaths of 50 to 130 women.

According to weird-facts.org, Alcala acted as his own attorney interrogating himself on the witness stand and asked himself questions in a deep voice, and answered in his regular voice.