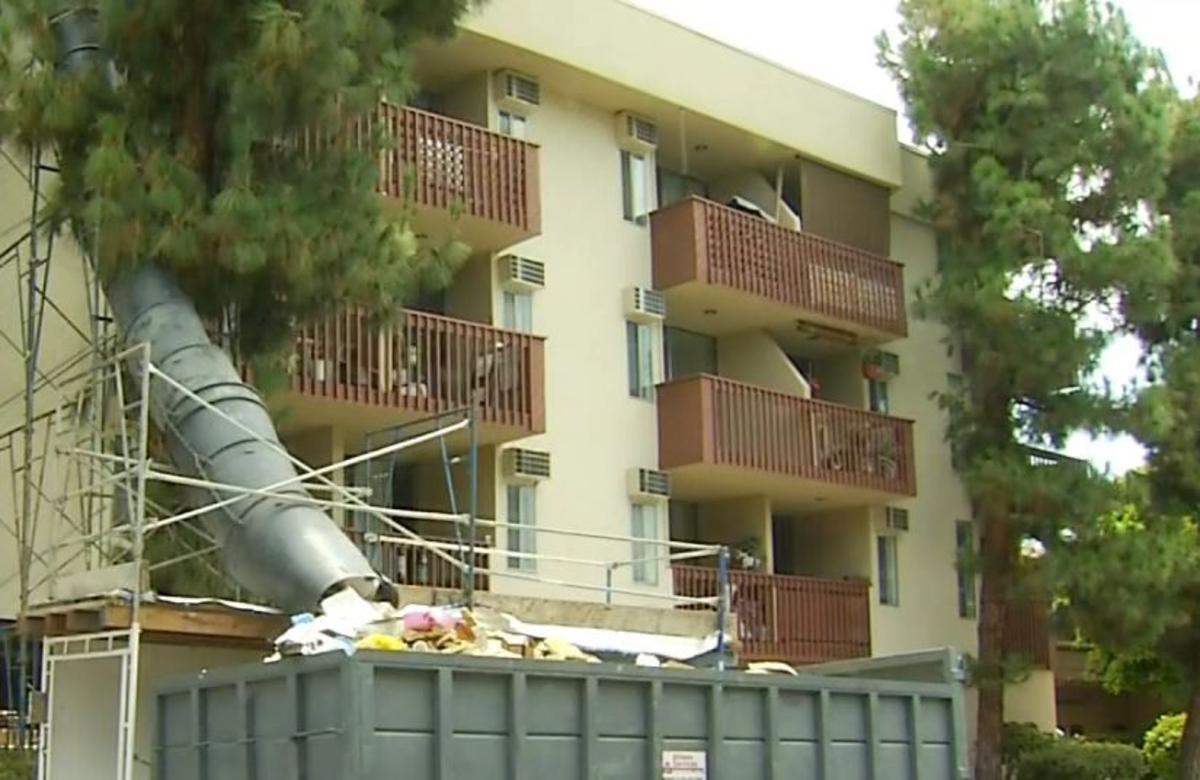 WEST HOLLYWOOD—Firefighters evacuated more than 100 residents at an assisted living apartment complex on Tuesday, September 15, in West Hollywood after rainfall caused a leak in the roof, sheriff’s deputies said.

The leak was reported at the 134-unit complex at 4:15 a.m. Firefighters and paramedics responded to 838 West Knoll Drive after reports of flooding, according to the Los Angeles County Sheriff’s Department.

The apartment building, primarily occupied by retirees and seniors, experienced the same type of flooding two months ago on July 18 after heavy rainfall. Its roof was still being worked on at that time, deputies said.

Firefighters evacuated the third floor first, after water got into light fixtures, making it a safety hazard and electrical hazard, according to Los Angeles County Fire Inspector David Dantic. The second and third floors were evacuated as well, as a precaution.

Around 68 residents and 100 health care workers inside the apartment complex were evacuated and transported by bus to the West Hollywood Park Auditorium at 647 San Vicente Blvd., said Lt. Edward Ramirez of the sheriff’s West Hollywood station.

The morning rain caused freeways and streets throughout Los Angeles County to flood. Rainfall rates were between a fourth and a third of an inch per hour, noted the National Weather Service in a statement. It was the largest single-day rainfall in downtown Los Angeles this year.

September 15 marked the third-wettest calendar day in any September since records began in 1877, according to the National Weather Service.