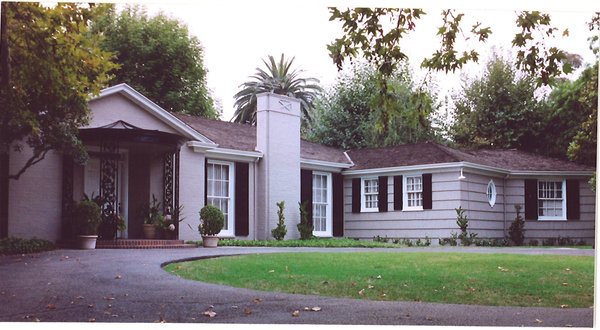 BRENTWOOD—A Brentwood home designed by Paul Revere Williams has been made into a historic-cultural monument. The home located at 7 Oakmont Drive was created by Williams, an African-American architect who overcame his racially prejudiced environment in the 1920s.

The home is distinguished by its architect whose 1940s design has been brought to the attention of the commission when it was in jeopardy of demolition.

Williams was a famed Los Angeles-based designer of private homes and public buildings. His work can be found as relics all around the city including the parabolic arches that make up the iconic Theme Building at LAX and the Los Angeles County Courthouse.

Community members notified the Los Angeles Conservancy of the homeowner’s intention to destroy the 3,900”“square”“foot structure to replace it with the construction of a shiny new home nearly six times its original size. Williams was born on February 18, 1894, according to the website, The Paul Revere Williams Project. They described Williams’s life growing up in Los Angeles as virtually free of racial judgment and criticism due to the multi-ethnic environment.  The site portrayed Williams’s first brush with racism occurring when a high school teacher told him that being an architect would be difficult because he “would have difficulty attracting clients in the majority white community and the black community could not provide enough work.”

The Brentwood home was cited by the Los Angeles Cultural Heritage Commission as a historic home for Williams’s accomplishments in a segregated country. According to the Office of Historic Resources within the Los Angeles Department of City Planning, a building is deemed a historic-cultural monument when it is “important to the history of the city, state, or nation.”

The City Council is expected to vote in March on its designation. If the designation is made, the house could be considered a prized addition to theLos Angeles landscape.