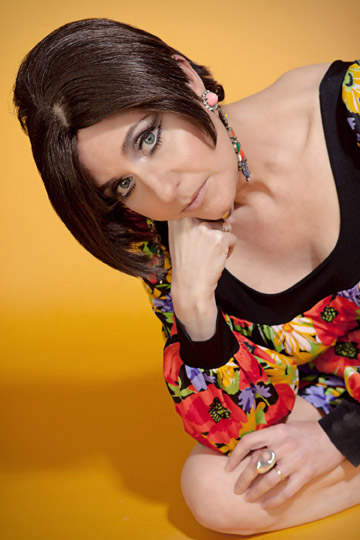 HOLLYWOOD —Shelly Goldstein is a Hollywood screenwriter and producer who is also a gifted comic as well as one of the most sought after and popular cabaret singers from London to Los Angeles. Her theme is London in the swinging ’60s and she delivers a very funny depiction on how she imagines it was at the time, meeting The Beatles and Yoko Ono, The Who etc. Although she was never there in ’60s London, she considers it her spiritual home.

Shelly also pays tribute to the songs of Carol King, Tony Hatch and Jackie Trent, Tom Springfield et al, singers such as Mama Cass, Petula Clark, Lesley Gore and Dusty Springfield, and songs including “These Boots Are Made for Walking,” “One Fine Day,” “Georgy Girl,” “Downtown,” “I Know a Place,“ “Don’t Sleep in the Subway,” “It’s My Party” and “Something Tells Me I’m Into Something Good.” She also wittily rewrites her favorite songs to suit her own views and something tells me that she has made a very welcome return to the cabaret scene.

WHAT: The “Kitten With a Quip” Shelly Goldstein’s “One Fine Day: The Groovy Girls of the ’60s” is a celebration of the extraordinary women whose style, music and lyrics revolutionized an era. The show features the songs of such ’60s icons as Dusty Springfield, Carole King, Laura Nyro, Mama Cass Elliot, Carly Simon, Lesley Gore, Nancy Sinatra, Lulu mixed with a dash of ’60s Broadway as well as some of Shelly’s own inimitable comic lyrics, including her YouTube hit: “The Middle Age of Aquarius.” The show has played to sold-out crowds in LA, London and Dublin. Go-go boots and love beads welcome!

WHERE: The Inner Circle at the Magic Castle, 7001 Franklin Ave., Hollywood