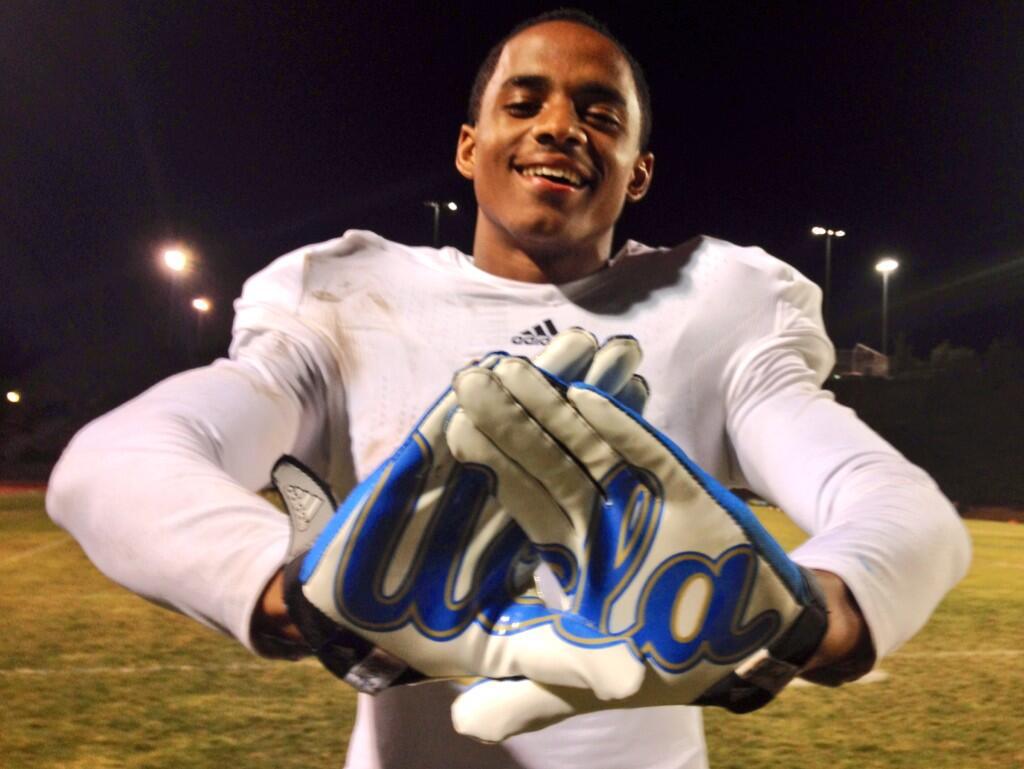 WESTWOOD–Wide receiver Cordell Broadus, the son of rapper Snoop Dogg, has decided to quit the No. 14-ranked UCLA football team.

The 6 foot and 3 inch tall, 200-pound four-star recruit from Las Vegas Nevada Bishop Gorman would have been a true freshman for the Bruins this season.

According to Scout.com, which first reported the news, Broadus did not report at all this week to the teams first week of fall camp on the campus of Cal State University San Bernardino.

Head coach Jim Mora confirmed his decision in a statement released by the UCLA athletic department.

“Cordell informed me yesterday that he has decided to pursue other passions in his life — in particular his love of film through his company Film School Productions,” Mora said. “Cordell is an amazing young man with many talents, and we wish him nothing but the best as he continues to pursue his degree at UCLA.”

Broadus, who starred in ESPN’s documentary-style reality show, “Snoop & Son: A Dad’s Dream” last year alongside his famous father, has the entire package—size, speed, strength, and natural ability to dominate the game. His father, an entertainment icon who’s always loved football, has pushed his son to play the sport since he was a youngster.

Broadus admitted to UCLA, and attended the summer session of classes, so he’ll be able to remain enrolled and attend UCLA this fall.

UCLA’s film school is considered one of the best in the country.

Broadus picked UCLA over 16 other FBS programs that had offered him scholarships, including Notre Dame, Arizona State, Baylor, Florida Sate, LSU, and USC, one of his father’s favorite collegiate teams.