UNITED STATES—Reports show that Americans spent approximately $1 trillion dollars over the Christmas holidays, showing signs of a strong economy. Online shopping contributed to $7.2 billion on Black Friday in 2019. Black Friday is known as the busiest shopping day of the year for retailers, and Cyber Monday, the Monday after Black Friday is dedicated to online sales. Consumer reports for 2019 indicated that over $34 billion was spent by consumers on the Saturday before Christmas, December 21.

This year’s figures exceed last year’s record of $31.9 billion with a sales increase of 3.1 percent between November 1 and Christmas Eve. A strong stock market, economy and low unemployment rates have led to an increase in sales this year. 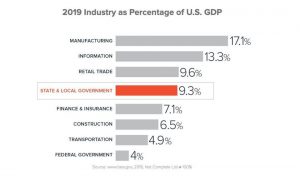 The stock market – S & P 500 has returned more than 50 percent since President Donald Trump took office. Charts show the most recent statistics of the U.S. Stock Market by Trading Economics.

U.S. Unemployment is at a 50-year low. The Bureau of Labor Statistics noted 266,000 more jobs in the month of November 2019. Recent reports show a decrease in Americans filing for unemployment for the second week in a row. 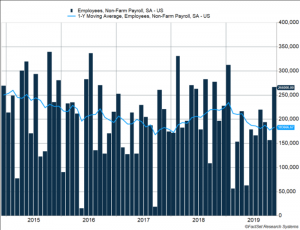 In September 2019, the U.S. Department of Labor announced a final rule to make 1.3 American workers eligible for overtime pay under the Fair Labor Standards Act (FLSA).

“For the first time in over 15 years, America’s workers will have an update to overtime regulations that will put overtime pay into the pockets of more than a million working Americans,” said Acting U.S. Secretary of Labor Patrick Pizzella. “This rule brings a commonsense approach that offers consistency and certainty for employers as well as clarity and prosperity for American workers.”

The Department of Labor estimates that 1.2 million additional workers will be entitled to minimum wage and overtime pay starting January 1, 2020, as a result of the increase of the standard salary level. The new rule is expected to prompt employers to reclassify one million employees who are currently “exempt” from earning overtime pay to non-exempt status, and raise the pay for others to the new threshold.