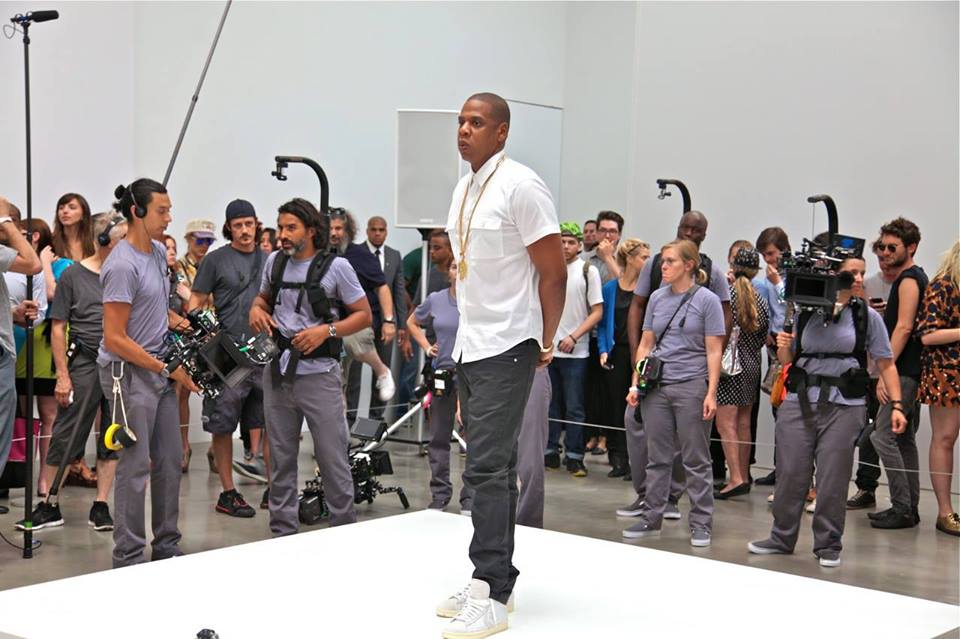 NEW YORK-Explosive video hit the Internet on Monday, May 12 that depicts Solange Knowles, sister of pop star Beyonce Knowles allegedly attacking Beyonce’s husband, rapper Jay-Z. TMZ posted the video footage obtained of the incident inside an elevator at The Standard Hotel; during an after party celebrating the Met Gala event that took place on May 5.

The video footage is not completely clear, but based on the attire worn it clearly matches what the trio was wearing the night of the event. About 15 seconds into the video after Solange, Beyonce, Jay-Z and a bodyguard enters the elevator Solange is seen physically attacking the rapper and flinging her feet at him before being pulled back. She continues to fling her feet at Jay-Z, which at one point he grabs hold to. At one point, Beyonce is seen standing in the middle of the two as the bodyguard continues to restrain Solange.

The video does not contain any audio, but it’s apparent Solange is mouthing off at Jay-Z in the footage. A little over two minutes into the video the elevator door opens and Solange attempts to physically attack the rapper again before being restrained by the bodyguard again.

No information has been divulged as to what ignited the altercation. The Standard Hotel released a statement to The Hollywood Reporter indicating that, “We are shocked and disappointed that there was a clear breach of our security system and the confidentiality that we count on providing our guests.” The statement goes on to add, “We are investigating with the utmost urgency the circumstances surrounding the situation and, as is our customary practice, will discipline and prosecute the individuals involved to our fullest capacity.”