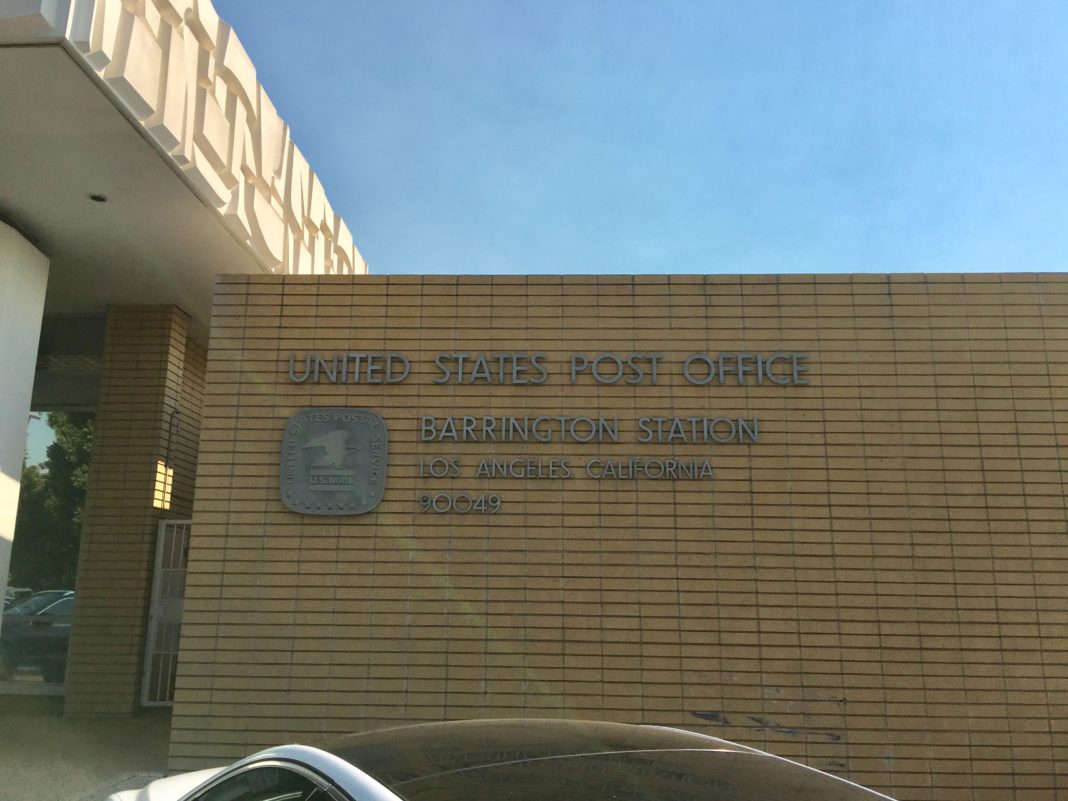 BRENTWOOD—Children’s rusty toys, broken trinkets, strange ornaments, random belongings-are a few of the many items that have been found in the area in front of the Brentwood Post Office located on 200 S. Barrington Avenue.  The overall appearance has raised the concerns of residents in the region.

For nearly 3 years it is believed that a mysterious man has been carefully planting assorted peculiarities in front of the building, which is an establishment of the executive branch of the United States Government. The alleged man, whose identity is unknown, has been witnessed by USPS employees digging up the soil and decorating the land.

He is not a licensed employee or hired landscaper, but he has been caught by individuals  carrying buckets of water towards the shrubbery and trees that grow on the property of the Brentwood Post Office. He has been seen wearing a white tank-top with light brown shorts, and having no hair, and he is well recognized by the people of Brentwood Village.

Kirby, a USPS employee of the building has noted that the man has never been aggressive towards their customers, and “as long as he’s not showing aggressive behavior, there isn’t really a case.” Those who pass the building, gaze in question at the mysterious items arranged in specific patterns, wondering the significance. Most residents view the collection as being “odd” and “peculiar.”

No charges have been pressed against the alleged individual by the United States Postal Service.