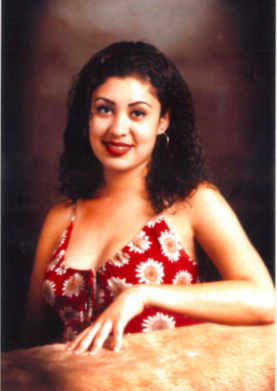 MALIBU—On January 30, 1996, nearly 24 ago, Gladys Arellano’s body was found in a Topanga Canyon Ravine (in an area in Malibu.) Recently, DNA evidence linked a Texas man, Jose Luis Garcia to her murder.

Arellano, 17, was reported missing by the Los Angeles County Sheriff’s Department who reported that, “The last time she was last seen was three days earlier at her Boyle Heights home.”

When found, she was partially clothed. The autopsy revealed that Arellano was beaten, strangled, and sexually assaulted. At that time, the authorities’ DNA database showed no match.

On November 10, 2019, Garcia was arrested by the Los Angeles Police Department for a charge regarding domestic assault. In December 2019, Garcia’s DNA was matched with the unidentified offender in Arellano’s case.

As a result, detectives located Garcia and asked about his knowledge regarding her death. They obtained a second swab of DNA, a typical procedure, in order to confirm the match.

It was later found out that Garcia moved from his home in Fontana to Dallas, Texas. On September 29, 2020, he was located and arrested. On October 14, 2020, he was extradited to California and booked in a jail. On October 19, he was arraigned inside Van Nuys courthouse and remained in custody with a $1 million bail.

When Garcia was questioned prior to obtaining the DNA sample, he was not forthcoming with his answers. The relationship between Garcia and Arellano remained unknown.

During a press conference, Samantha Moreno, Gladys’ niece and goddaughter, spoke out, thanking the sheriffs for not giving up. Moreno described Arellano as “beautiful, intelligent, and gorgeous” who was also ambitious.

Moreno explained how Arellano would have celebrated her 42nd birthday on October 24. Additionally, Moreno expressed her gratitude for bringing justice to the event. She said that “Beautiful Latina souls from Boyle Heights should not be forgotten. Acts of violence against women should never be forgotten.”

Elizabeth Arellano, Gladys’ older sister, also said that “It was very painful for everyone to lose her and to wait 24 ½ years without knowing who robbed her of life.” When she found out during the time of the arrest, it was “nerve wracking” and “surreal.”

Detectives from the Los Angeles County Sheriff’s Homicide Bureau are seeking any victims of assault or sexual assault that may have been in contact with Jose Luis Garcia.