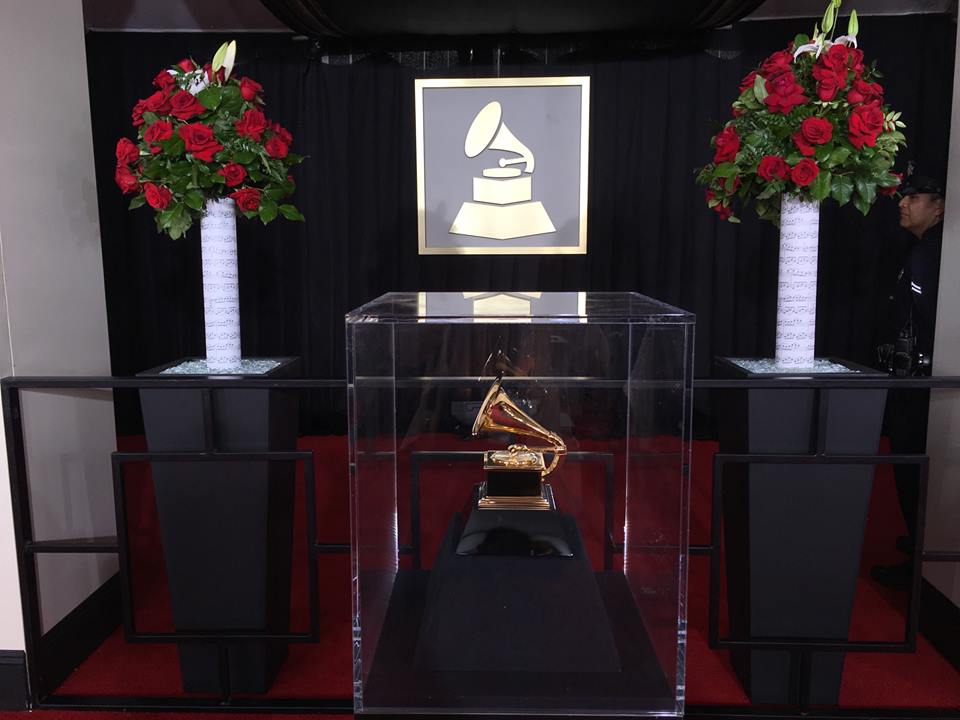 LOS ANGELES—It’s the biggest night for the music industry, it’s the Grammys and 2016 had plenty of highlights worth noting. Leading all contenders was rapper Kendrick Lamar who had 11 nominations, who was doing battle with Taylor Swift who has had a stellar year to say the least. Lamar and Swift were both winners of the night, Lamar took home five Grammys and Swift took home three awards including Album of the Year for “1989.”

Speaking of Swift, she kicked off the ceremony by performing the hit “Out of the Woods” from her album “1989.” It was slightly underwhelming if you ask me.

LL Cool J returned for the fifth consecutive time as host for the ceremony. I’ve said this before and I’ll say this again and again, the Grammy awards really don’t need a host or hostess. The ceremony is more about musical acts than actual awards. Yep, I said it; the ceremony only handed out about 10 trophies of the 83 categories. At least the other award shows hand out prizes. LL did his best pointing out such memorable performances in the past years including Lady Gaga and Sir Elton John, Kendrick Lamar and Imagine Dragons and of course Adele.

The first category of the night Best Rap Album was presented by Ice Cube and his son O’Shea Jackson Jr. to a well deserving Kendrick Lamar for “To Pimp a Butterfly.” Carrie Underwood took to the stage to perform alongside Sam Hunt; it was a beautiful duet between the two country superstars. The Weeknd took to the stage to perform his inescapable hit “I Can’t Feel My Face,” before later transitioning to “In the Night.” However, something odd transitioned during his performance where the audio seemed slightly off, or perhaps that was me.

Andra Day and Ellie Goulding took to the stage together to showcase their talented voices. Day definitely has some wonderful pipes on her and showcased them in epic fashion. The Grammy for Best Country Album went to Chris Stapleton for “Traveller.”

Little Big Town took to the stage to perform their memorable hit “Girl Crush.” Vocally speaking that song is quite powerful to say the least. Stevie Wonder later took to the stage alongside Pentatonix to perform a song to pay tribute to Maurice White from Earth, Wind and Fire; that was an amazing impromptu performance.

One of the big awards of the night Song of the Year went to Ed Sheeran and the team for “Thinking Out Loud.” Before announcing the winner, Stevie Wonder poked fun at his ability to read braille. It was a very enduring moment from Sheeran, but I thought it was in bad taste that the producers cut off the other songwriter winner who was about to give her acceptance speech. I get there is a time crunch, but damn give people the time to give a speech. This is an awards show.

Best New Artist contenders Tori Kelly and James Bay performed sweet music together, before a Grammy first occurred with the Broadway musical “Hamilton.” Kendrick Lamar rocked the stage with a medley of hits including “These Walls” which utilized a jail theme that was quite powerful to say the least. He later transitioned to his hit “Alright,” and “The Blacker the Berry.” It was hands down one of the best performances of the night. Energetic, powerful and moving, Lamar showed out in a way that was not seen by many of the other musical acts. He has proven why he had a stellar 2015.

Gwen Stefani showcased her new music video “Make Me Like You,” which is quite catchy to say the least. Alabama Shakes won for Best Rock Performance. Adele took to the stage to perform her newest hit which showcased her vocal talent per usual. Ok, we’re about 2 hours into the ceremony and I’ve switched the channel more times than I can count. Where are those performances to leave people talking? Justin Bieber took to the Grammy stage to perform a solo bit before hitting the stage to sing “Where Are You Now.”

Sam Smith took to the stage to present the coveted prize for Best New Artist to Meghan Trainor. I will admit I was hoping to see Tori Kelly or Sam Hunt claim the prize. Why? They’re actually new artists on the map, Trainor has been out for quite some time. Lady Gaga proved that her theatrics are unlike any other as she paid tribute to David Bowie with a show-stopping performance that people will be talking about for days.

Bonnie Raitt, Chris Stapleton and others paid tribute to legend B.B. King. Alabama Shakes continued to capitalize on the big night they had with a performance that showcased the level of talent amongst this rock group. I now see why this crew has already walked away with three Grammy awards during the ceremony.

Ok, since when did the presentation for Album of the Year take place before Record of the Year? Anyway, the great Earth, Wind and Fire took to the stage to present the prize to Taylor Swift for “1989.” Definitely a surprise because I think that award was definitely something that Kendrick should have walked away with. Swift indeed gave a powerful speech which seemed like she was taking a jab at Kanye West, ok, the war is about to erupt between these two once again.

I think plenty of people were waiting to see star power at the ceremony, and nothing screams star power like an appearance by the Queen Bee herself, Beyonce. The singer presented the Grammy for Record of the Year to Mark Ronson and Bruno Mars for “Uptown Funk.” Finally, the Grammys got things right for once for delivering the accolade to a song that truly was the Record of the Year that EVERYONE enjoyed.

After more than 3 hours and 30 minutes, the ceremony finally closed and thank God, the Grammys really need to take a note from the other awards ceremonies and find a way to pick up the pacing because this show dragged a lot longer than I expected.