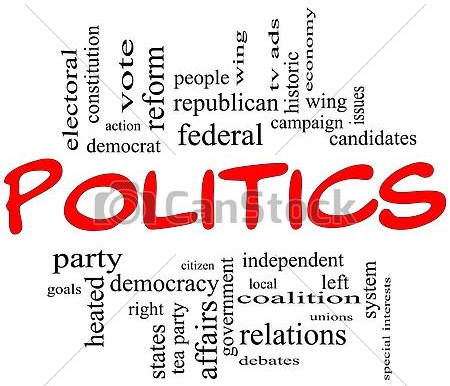 UNITED STATES—Well America, in a little over four weeks we will be heading to the polls to cast our ballots for those officials who we’d like to represent our district, our city, our state and our country. While for many it is an easy task as we vote based on political affiliation (Democrat or Republican). For some of us that is not the case.

Have you every thought what an election year would be like if we didn’t have smear campaigns when it comes to advertising? Yes, I know, I have dreamed of this day for years, but I really don’t see it happen. Let me just put this out there: there is no such thing as an honest politician. The one rule you learn about politics to anyone who has ever considered venturing into the vicious occupation is, “Promise the people what they want.”

Yeah, every politician says that, but how many of them actually follow through on that assertion? Not many, you know why, it is impossible to live up to that promise. Politicians say it all the time, I’m for the people, I’m here fighting for you to have the rights and things that are entitled to you, but are you really fighting for me? Nope. I think politicians fight for the pockets of those backers who source funds for their campaigns.

So does this mean those politicians give a kickback to those who have been instrumental to them being elected to office? Without a doubt, so why is it that politicians engage in nasty ad campaigns in their quest to gain office? It seems to have a direct impact on the voter.

I want to say time and time again I’m not impacted by the negative ads, but I am. That scares me that I have to admit to that, that my decision on the policies from both candidates was not a direct result of what I believe in, but what I’m being ‘sold.’ Yes, I said sold, because politicians our in essence selling themselves to the public.

They list their criteria, but more importantly point fingers at what their opponent has done in the past or isn’t doing to give them a slight edge. Will we ever see a campaign where dirty politics doesn’t take front and center? I can only wish for something of that magnitude to happen, but considering how long negative ad campaigns have existed in our country, that is likely to never happen.

This argument is not about Democrats vs. Republicans, because both parties are equally guilty of engaging in bad behavior. The issue at hand is the voter being able to decide between the lesser of two evils. Who do they feel will do less damage if they were elected into office. Not an easy decision to do, but I think the more negative the ad campaign is on one potential candidate versus another.

I’ve become so saddened by the countless ads not just on television, but on the radio and in the newspaper asking me to vote this way or that way based on the following criteria. Why can’t politicians run for office based on merit and not mudslinging? Could this ever turn into a direction that the issues at hand come front and center and not what is done behind closed doors? That depends on who you ask as most people argue things are always dirty when it comes to politics.