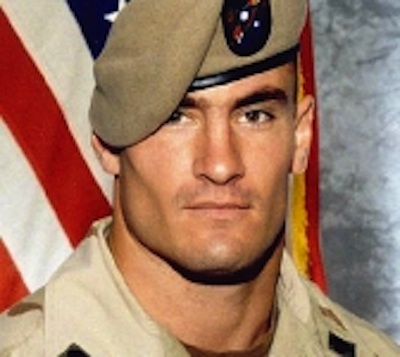 HOLLYWOOD—Pat Tillman was a handsome young man who looked picture perfect for the studio system in Hollywood to use in promotion of patriotism, almost as perfect a propaganda tool as his predecessor “G.I. Joe.” Young Tillman was so touched by the aftermath of 9/11 that he decided to forgo a promising athletic career in which he would have made millions and been considered a star. His is the story told by “The Tillman Story.”

Soon after volunteering to become an American soldier, Tillman died in Afghanistan. The military and even the White House repeated the story of heroic bravery from a man who protected the lives of his fellow soldiers by taking fire. His family, however, did not accept the bogus story; they began to push the Pentagon and the witnesses of his death to tell the whole truth of their loved one’s death at the hand of what ultimately would be revealed as friendly fire.

Perhaps this story did not have to become such a scandal, but the government became involved. It was their fear of the decline of public approval for the wars in Afghanistan and Iraq that ultimately led to making a man, already considered a great American hero, an almost godlike figure. As this film shows, it’s not just our enemies who lie to us.

What is so moving about this film is the fact that Tillman’s mother and other relatives refused to be lied to by the U.S. government, the Pentagon and the White House. What these leaders did not realize was that Tillman did not fit the atypical American hero mold. A learned student, he was an atheist who later disagreed like many other Americans with the war in Iraq, but at the time asked family members and friends to keep his feelings private. What he was guided by most, was the fact that he rightly was infuriated, like most Americans, by the attacks against his nation on 9/11 and wanted to help protect his country. His family refused to allow war forces within our government to use his good name and valiant service as a propaganda tool after his untimely death. For that, they deserve our gratitude and respect.

Amir Bar-Lev’s documentary-styled film is hard to watch, but very important for everyone to see. Our military men and women are a diverse group of amazing people, who place their lives and safety on the line so the rest of us can have freedom. Bar-Lev’s clear and steady storytelling without any hidden political agenda is fascinating and devastating. It is so authentic and honest.

“The Tillman Story” is filled with the words of a hero’s mother and those he loved and it is important that truth, not propaganda in our society, wins out in our debates. This type of documentary is what keeps us from becoming a nation like Nazi Germany or the former Soviet Union.

“The Tillman Story” is open in a select group of theaters.