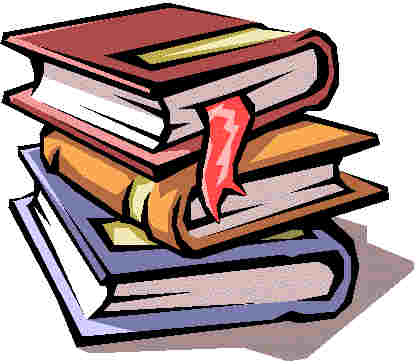 HOLLYWOOD—In 1982, the American Library Association began an annual event Banned Books Week. It’s a week-long event, held during the last week of September (September 25 through October 2) that raises awareness of freedom of speech through celebrating challenged books and especially the value of free expression. The list of books banned by American schools and libraries includes many of the classics such as “Fahrenheit 451” by Ray Bradbury, “The Grapes of Wrath” by John Steinbeck, “The Scarlet Letter” by Nathaniel Hawthorne and the “Harry Potter” series by J.K. Rowling. J.K. Rowling’s series included witchcraft, sorcery and rebellion against authority. We all have a right to express our intellectual freedom through our creative works, even if the information is unpopular or unorthodox; thus, providing the foundation for Banned Books Week. One of the primary functions of Banned Books Week is to stress the importance of ensuring the availability of unpopular viewpoints for all who wish to read and access them.

According to news service reports, Oprah Winfrey has forgiven Jonathan Franzen. It was nine years ago that Oprah picked Franzen’s book “The Corrections” for her book club. The author canceled his appearance on her show after he showed ambivalence after her endorsement, but all is forgiven and Winfrey has chosen his new novel, “Freedom”. The book “Freedom” was released back in August and was canonized by critics before publication and has been a best-seller even without Oprah’s approval, which is without a doubt unbelievable since everyone knows that if you go on Oprah, your book is almost guaranteed to be number one.

Speaking of best-selling authors, Nicolas Sparks is an internationally best-selling novelist of 16 books. Six books so far have been adapted to film, including “Message in a Bottle,” “A Walk to Remember,” “The Notebook,” “Nights in Rodanthe,” “Dear John” and “The Last Song,” released on March 31. Two other books are in the process of being made into film adaptation, “True Believer,” is scheduled for release in 2011, and “The Luck One,” is expected to be released in 2012, starring Zac Efron. We had the pleasure of meeting this amazing novelist Nicolas Sparks on September 20. Sparks is currently on a book tour with his latest novel “Safe Haven.” We spoke to Nicolas Sparks, and he answered a few questions for his fans:

Q: What is your favorite Author?

Q: How do you write women so well?

A: “I received inspiration from my mother and sister; I also get along better with women than with men.”

Q: Where do you find your characters?

A: “Mostly from people I meet and know.”

Q: Of all the novels you have written, what is your favorite?

A: “Three Weeks With My Brother.”

Nicolas Sparks spoke of his marriage of 21 years to the same woman and his five children ranging from ages 9 through 19. His love for dogs, all 12 of them, in his home in North Carolina. His charming, witty and open personality shines not only on paper but in his caring attitude toward his fans. He spoke of his latest novel “Safe Haven,” which is somewhat structured and has an element of danger. “Safe Haven” will be adapted into a film, snapped up by Relativity Media. Sparks’s successful writing career has made him one of the most-respected novelists of the century.

Rose’s Scoop: The Kardashian sisters are writing a book on relationships. Joining the world of books, Rihanna, and “Cake Boss” Buddy Valastro are also planning on releasing books.