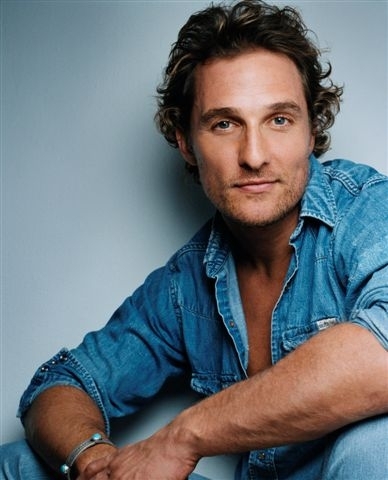 BEVERLY HILLS—This week in Hollywood we’ll be ending the week with a celebration for the world’s dads. Father’s day is on Sunday and we dedicate this column to all dads all over the world and to my own. Gary Coleman is still in the news, Harrison Ford married his longtime love, my friend Kate Hudson is dating another rocker and the end of a major TV series for one of the most famous fathers, or husbands in world history is on Sunday night.

One of Hollywood’s most famous dads is film star Matthew McConaughey, who has starred in films such as, “A Time To Kill” and “Ghosts of Girlfriends Past,” left his Malibu digs and headed for the Big Apple for Father’s day. The handsome star and his beautiful girlfriend Camila Alves, along with their two children Vida and Levi were photographed on Friday in NYC. Better get back to Hollywood Matt, the paparazzi won’t follow you around the town as they are doing on the east coast. Happy Father’s day to Matthew and to all dads reading this column. Last year McConaughey said of fatherhood, “Fatherhood is a wild and wonderful adventure!”

In addition to Matthew McConaughey, special wishes go out to a man who helps entertain more people than any other famous dad on the planet. Bradley P. Bell, the head writer and executive producer of “The Bold and the Beautiful,” which has been gifted the Guinness Book of World Record award for being the most watched soap on the planet entertains and enthralls us viewers on a daily basis. Here’s hoping that Brad wins the Daytime Emmy for Best Dramatic Series a week from Father’s day in Las Vegas, where this year’s awards will be handed out in the desert. I need a tux that breathes. Help!

Rap star and famous dad Eninem credits his kids with keeping him sober. Makes you wonder if his music will be something he’ll let his kids listen to when they are older? His music is enough to make me want to drink, that’s for sure! Which is why I don’t listen to it.

Good news! Movie icon Harrison Ford married his fiancÃ© and live-in girlfriend Calista Flockhart. The wedding, which took place at the Governor’s Mansion in Santa Fe, was performed by Governor Bill Richardson under the legal supervision of New Mexico’s Chief Justice, Charles W. Daniels, who officially declared the couple legally wed. The couple has been very close to the Richardsons over the years. Harrison and Calista were engaged on Valentine’s Day of 2009. Their nine year old son Liam was also in attendance. They met at the 2002 Golden Globe awards in Beverly Hills. This is the third marriage for Ford, who also has four older children, and the first for Flockhart.

My friend Golden Globe-winner Kate Hudson spent the weekend enjoying two sold-out concerts in Paris for the British rock band Muse. Kate once married to a rock star seems to be dating another hottie. Singer, songwriter, guitarist and front man Matthew Bellamy and Kate were spotted all over the city holding hands and enjoying each other’s company. There’s no city more romantic than the city of lights. Except for Monterey, California.

Although this weekend is Father’s day, you’d think it was Valentine’s day for sure. Word came on Thursday of last week the “Ugly Betty” star actress America Ferrera is engaged to her longtime boyfriend Ryan Piers Williams. Ferrera’s reps did not have a wedding date by press time.

On a subject that seems utterly ridiculous. Oscar-winning actress Angelina Jolie is being criticized for playing Cleopatra in an upcoming film. A small group in the African American community lambaste the casting of Angelina, who will play the north African Queen of Egypt, stating Halle Berry, Vanessa Williams and other African American actresses should have been cast in the role. Lets be honest. It’s a movie! It’s also a role that has been played by white women since Claudette Colbert in 1934, Vivien Leigh in 1945 and the most famous film star Elizabeth Taylor, whose 1963 version bankrupted one of the most respected studios in Hollywood, 20th Century Fox. Oh, maybe I should stop defending this argument or at least not bringing Dame Liz into the argument for Jolie. Anyhow, Angelina is one of my least favorite stars, but I still believe she’ll do a wonderful job in the role of the fabled queen. In short, this is a non-argument, which isn’t worth hearing about. It’s acting, it’s Hollywood, it’s all make believe. Good luck Angelina!

So sad for the memory of Gary Coleman, that his ex-wife is launching a battle for his estate at a time when the former child star has yet to be cremated and laid to rest. Gary was a typically unhappy former child star, but he didn’t deserve for his remains to be fought over and it’s a shame he did not live long enough to enjoy his pension, which he worked very hard for as a child. Now it’s all being bickered over. Here’s hoping Gary finally finds rest and this “Anna Nicole” styled legal battle comes to a quiet end soon.

Miley Cyrus will be debuting her “Can’t Be Tamed” CD this Sunday at the 2010’s Much Music Video awards on Sunday night. Earlier in the week a photograph of the 17 year old appeared on celebrity website, and it caused shock and controversy over the content of the picture. All I’ll say is, Miley is growing up too fast. Lets hope she doesn’t end up the way of Gary Coleman or Dana Plato. Maybe her pop Billy Ray Cyrus will still enjoy his special day on Sunday?

Happy birthday to Courteney Cox, who turned 46 on Wednesday. Courteney and our mutual friend Jennifer Aniston, as well as a lot of the star’s pals enjoyed an evening at Bouchon Beverly Hills. Cox’s “Cougar Town” has been renewed by ABC for the fall season.

Tanna Frederick is surfing with many stars, including Sam Trammell for her pet project, Project Save Our Surf in Huntington Beach this weekend. Here’s well wishes going to her wonderful father, who recently had surgery, but is steadily improving. Mr. Frederick, remember, they can’t keep a good man down.

If you remember the sizzling hot and sexy Sally Todd from the big hit shows and low budget cult classics of the mid to late 1950s, then check out the amazing feature on her by acclaimed Barbara Payton biographer and handsome journalist John O’Dowd in the most recent issue of Filmfax magazine, on stands now.  Todd really tells all, and you can see after reading her feature why she was such a huge hit.  O’Dowd peels away the mystery and showcases all the star’s greatest assets as a legend and unforgettable actress.

My friend, actress Joan Steiger, who was married to acclaimed actor Rod Steiger contacted me this week when she heard of the death of the world-famous Jimmy Dean. “When I read about Jimmy dying, I remembered doing a really funny “Candid Camera” with him. I played a young Italian girl that he wanted to date but she spoke no English. There was a phony interpreter and I answered all the questions in a funny derogatory way, and the interpreter kept telling Jimmy lies. I sat on Jimmy’s lap the whole time and it was hysterical. Too bad I have none of the clips from the shows. I do have photos with the ”˜Feather’ show. Anyway, he was just inducted into the Country Western Hall of Fame, you know, Tommy. What a talented and amazing man,” stated Joan. Jimmy Dean was buried at his Virginia estate overlooking the James River. He was 81 years old.

Sunday night HBO fans can enjoy the second episode of “True Blood’s” third season. It’s one of the most exciting primetime shows in TV history. Fans are anxious to see vampire Bill Compton escape the pack of werewolves he’s in the midst of, to see what happens between Sookie and Eric and what the future holds for Tara. It’s all expected to be bloody good.

Also on the small screen this week, the world’s most famous father and monarch, Henry VIII of England dies, thus ending the four season reign of the monarch and Showtime’s “The Tudors.” In this very poignant clip, his majesty says goodbye to his sixth wife, Queen Catherine Parr, who barely escapes beheading by an evil Catholic Bishop, his daughter Elizabeth I, who became the Virgin Queen and his eldest child Mary Tudor, who became “Bloody Mary,” for her reign was so brutal and bloody against Protestants, when she died, this became her nickname.  YouTube – My Command  “The Tudors’” series finale airs Sunday on Showtime at 9 p.m.

While one great series ends, two other enormously popular series are hotter than ever. Look for a very emotional week for “The Young and the Restless,” as Jill Foster Abbott (Jess Walton), as (David Hasselhoff’s) Dr. Snapper Foster prepares to leave Genoa City again. Fans are excited that Adam Newman is alive. Look for Victor and Jack’s shaky alliance to get even more tricky and exciting for the summer. “The Bold and the Beautiful” actors Patrick Duffy, Alley Mills and Susan Flannery (Stephen, Pam and Stephanie) have a shocking storyline coming to a climax this week.  On Friday, Stephanie left Stephen Logan on the floor bleeding after shooting him with his own gun, meant to end her life.Plus, emotions run high, and fists fly, when Nick (Jack Wagner) learns the truth about Bridget’s (Ashley Jones) indiscretion.

Enjoy Father’s day and your week. See you next week!