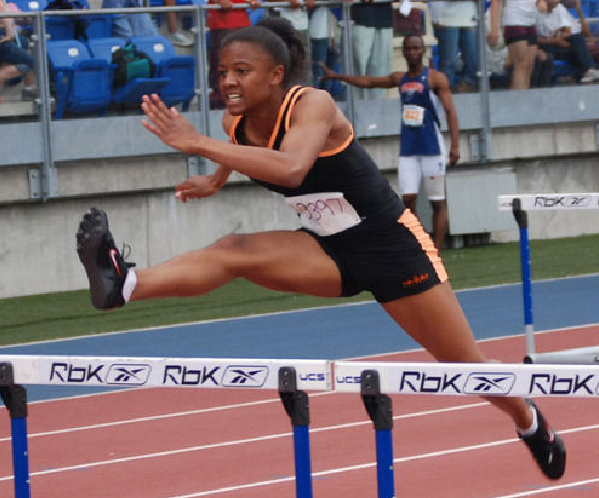 WESTWOOD—The number for the Bruins have dwindled after competing in the Pre-National Meet in Austin, Texas that started on May 27, but the Men and Women’s relay team have continued to run their best times of the season and march on to the finals.

With so many injuries on the men’s side of the team the Men’s 4x100m relay team is by far one of the main bright spots for UCLA. No one can really say it’s been a surprise because Jamal Alston, Maxwell Dyce, Karlton Rolle and anchor Brandon Smith have been doing it all season. What has been amazing is the way they have been running. Every week it seems like they can’t get any better, but in the next meet they just run a better time. In Austin, the team came in with a season best of 39.66 seconds, which was already one of the best marks in the last 20 years, but that wasn’t enough for them. Brandon Smith exploded across the finish line to bring in a new season best of 39.43 seconds, the fastest time since 1998. Even though they finished second the Bruins still earned themselves an automatic bid to the Finals taking place in Eugene, Oregon beginning June 9.

Behind every strong man, there is a strong woman, and that phrase is definitely not lost on the UCLA Track and Field Team. The Women’s 4x400m team is the other bright spot for the Bruins. Much like their male counterparts, every week they notch a season best time and the very next week they will always get better. Unfortunately things were going to be a bit different when it came time to race last week. Freshman superstar Turquoise Thompson, who had been plagued with injuries all year, went down with a hamstring injury while competing in the 400m hurdles before her race with the relay team. Despite the huge lose of Thompson, the Bruins still managed to break their old season best of 3:34:82 with a time of 3:34:08. Fill in Brianna Barlow did a wonderful job of being a positive addition to the team and give the Bruins a third place finish. Barlow along with Joy Eaton, Krishna Curry, and Ashlea McLaughlin will all be competing in the finals for the 4x400m, and they will try to bring National Championship home to UCLA.

The relay teams aren’t the only Bruins making an appearance in the finals. Lindsay Rowe is making her third appearance in the finals competing in the 100m hurdles after posting a time of 13.26 seconds. Other athletes who will also be in attendance are Katy Viuf and Tori Pena from pole vaulting, Ryann Krais for the heptathlon, Corey Primm and Scott Crawford in the 800m, and Dylan Knight in the steeplechase.