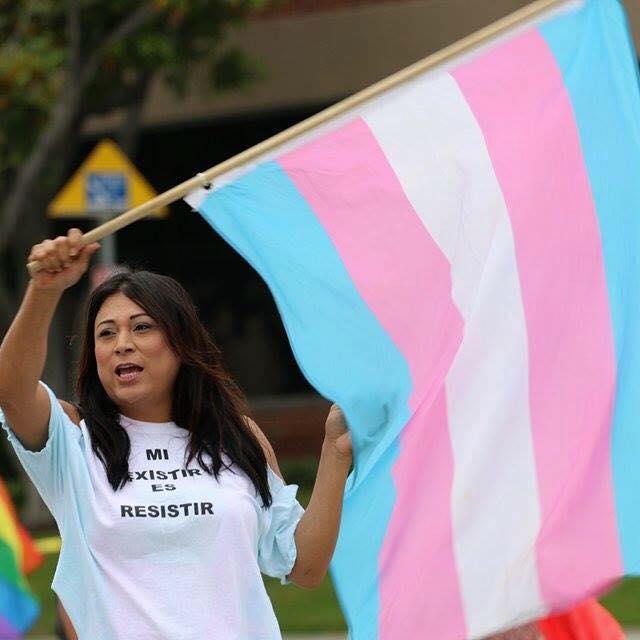 WASHINGTON, D.C.—President Barack Obama was interrupted by an invited guest at a White House reception held in celebration of LGBTQ Pride Month on June 25.

The reception was attended by LGBTQ leaders in the fields of business, technology and medicine. Among them were Stephenie Landry, lesbian general manager of Amazon Prime Now, Patrick Chung, gay Co-Founder of the venture capital firm Xfund, and Martine Rothblatt, transgender CEO of the biotechnology company United Therapeutics. Other community organizers from across the nation were also extended invitations.

In attendance was activist Jennicet Gutiérrez, an undocumented immigrant transgender woman and leader of FAMILIA: Trans Queer Liberation Movement, a national organization that seeks to achieve the “collective liberation of LGBT Latinas by leading an intergenerational movement through community organizing, advocacy, and education,” according to their website.

Obama responded, “Hey, listen, you’re in my house,” followed by applause from some guests. When Gutiérrez refused to be silenced, he continued.

“You are not going to get a good response from me by interrupting me like this. Shame on you, you shouldn’t be doing this,” said Obama, before having Gutiérrez escorted out by security.

Her concerns about “the torture and abuse of trans women in detention centers” refer to the data found in a 2013 report detailing a four-year long investigation conducted by the United States Government Accountability Office entitled “Immigration Detention: Additional Actions Could Strengthen Department of Homeland Security Efforts Address Sexual Abuse.”

Immigration detention refers to the process of detaining and imprisoning people who are suspected of committing immigration-related crimes. According to the ACLU, the United States has “no regulations or enforceable standards regarding detention conditions, including medical treatment, mental health care, religious services, transfers, and access to telephones, free legal services, and library materials; the vast majority of detainees never receive legal representation.”

The GAO report found that one-third of all detainees will be sexually abused within a period of 12-months in Immigration and Customs Enforcement (ICE) custody. It revealed that 20 percent of all sexual assaults victims in ICE custody were transgender.

Gutiérrez’s outburst came just two days after a detailed letter signed by 35 U.S. Senators was sent to Secretary of Homeland Security Jeh Johnson. The letter addressed the 2013 GOA report and some of the issues Gutiérrez brought up, stating: “We respectfully urge DHS and ICE to end the practice of detaining vulnerable groups such as LGBT immigrants” and “to engage LGBT and immigrant civil rights groups to develop additional community-based alternatives to detention.”

Despite the two-year-old report and the recent Senate engagement, it is still uncertain how far President Obama’s knowledge extends on these issues. In a press briefing on June 26, when asked whether or not the President will take administrative action to end the current treatment of transgender immigrants in detention, Press Secretary Josh Earnest replied: “I’m not sure that he is aware of the issue, but I’d refer you to the Department of Homeland Security and they may be able to give you some more information on it.”

“In the tradition of how Pride started, I interrupted his speech because it is time for our issues and struggles to be heard,” said Gutiérrez in an exclusive interview for the The Washington Blade.

“Instead of silencing our voices, President Obama can also stand and do the right thing for our immigrant LGBTQ community.”