BEVERLY HILLS—Hundreds of Trump supporters marched from West Hollywood to Beverly Hills on Saturday, August 8, for #WalkAway protest against the Democratic Party.

A YouTube video posted on August 8 by Brandon Straka, who calls himself “the founder of the #WalkAway campaign that was kicked off in West Hollywood, Beverly Hills” shows the crowd rally of hundreds of demonstrators. People wearing red caps, red dresses, carrying “Trump 2020” banners, American flags with rainbow colors, and repeatedly chanting “U.S.A.” and “walk away” to support Donald Trump and show their protest to the Democratic Party.

On Friday, August 7 WalkAway foundation, an organizer for the event announced on Facebook:

“You may have seen Drew Hernandez on his hot show “lives matter.” He joins us tomorrow to spread that message and RESCUE AMERICA this Sat. Join us in LA for the 3rd #WalkAway Rescue America Rally.” They also announced about the march on their website with the comment that “#WalkAway Foundation is dedicated to pushing back on the radical Left. We will no longer tolerate the destruction of property and lives, the villainization of law enforcement, and the weaponization of tragedies.” 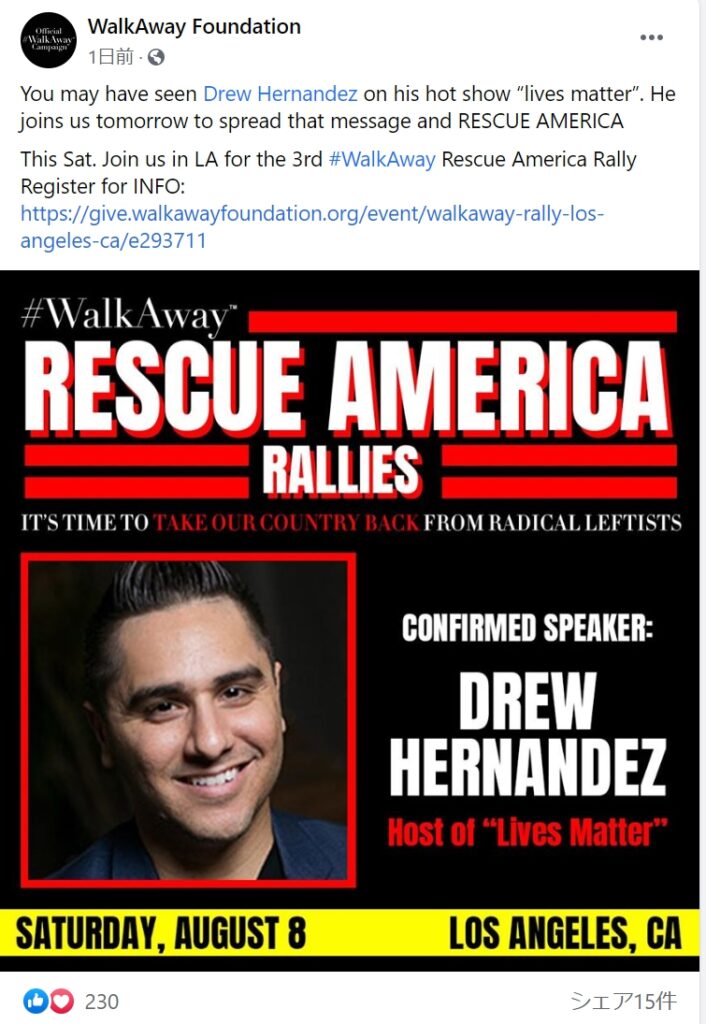 Brandon Straka is the founder of #WalkAway campaign.  After the demonstration, Straka tweeted, “We are not a right wing or a Trump movement. We are an anti-left movement whose only requirement for membership is a rejection of leftist hate & dogma & a quest for truth, civility & logic.”