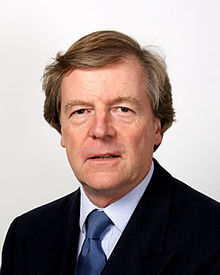 WOODLAND HILLS—A lawsuit against Dr. Drew (David Drew Pinsky) has been dismissed after the reality TV medic accused a man of stalking and threatening his family.

The alleged stalker, 33-year-old Charles Pearson, was taken into custody at Pierce College in Woodland Hills after Pinsky told authorities that he had been harassing him through online messages. It was later found that Pearson, a possible transient, had attempted to sue Pinsky in a Los Angeles County Superior Court in February only weeks before he was arrested. A judge, however, later dismissed the case after both Pinsky and Pearson failed to show up at a hearing.

Pearson had reportedly attempted to collect $2,500, claiming that Pinsky had performed illegal surgery on him in the form of a microchip called a GED inserted in Pearson’s genitals that would “hit” him throughout the day and cause his legs to burn. According to Pearson, other culprits include UCLA’s Olive View Hospital, USC and the Massachusetts Institute of Technology. Pearson documented his alleged suffering on his Web site internethackers.com.

On the December 22, 2009, he writes: “The hospital [Olive View Hospital] was in direct knowledge of my involvement with internethackers.com and was given an order by David Pinksy to hold me so that they could illegally implant me and continue this on air abuse described throughout the body of this document. The nature of this abuse is known a GED shocking or electro shock treatment”¦”

Pearson eventually pled not guilty to one count of stalking and five counts of making criminal threats against Pinsky. Pearson is currently in custody, with a bail amount set at $400,000.

Pinsky has hosted the radio talk show “Loveline”, since 1984, and produces and stars in the television shows “Celebrity Rehab” with “Sex Rehab with Dr. Drew,” “Sober House” and MTV’s “Sex With Mom and Dad.”  He has also appeared on “Space Ghost Coast to Coast,” “The Adam Carolla Project,” “Minoriteam” and “Robot Chicken.”  He has also made film appearances on “New York Minute” and “Wild Hogs.”