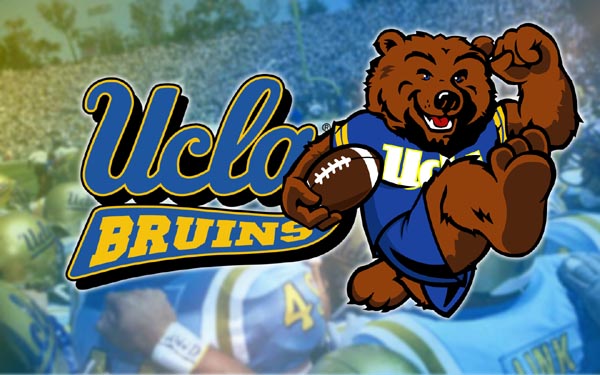 WESTWOOD—After three weeks of lackluster performances the Bruins finally gave their fans what they were looking for since the dismantling of the Texas Longhorns near the start of the season.

Coming into their game against Oregon State, UCLA football had gone from being one of the biggest surprises in college football to one of the biggest disappointments. Instead of capitalizing on the momentum they gained from beating Texas, the team fell apart on both sides of the ball.

Against UC Berkeley and Oregon the offense and defense failed to do their jobs. The defense was not making any stops and offensively the Bruins couldn’t stay on the field long enough to generate any points. Things looked like they might change when the team faced Arizona. The offense got a quick score and made big plays in the passing game for the first time all season and the defense started to get some stops when they were desperately needed. Everything was in line for the Bruins to get back on track with another huge win over a ranked team, but in the end all the problems that plagued them in their past two games surfaced once again.

With all the heartache and embarrassment the team suffered during its three-game losing streak, it would be easy to just throw in the towel and give up. Fans were booing, writers were tearing them apart in the paper and questions about the future of UCLA football began to swirl around the program.

A team like Oregon State would not seem like the team to correct a whole season of wrongs, but unfortunately for the Beavers they were in the wrong place at the wrong time. You see the Bruins didn’t cry uncle or wave the white flag after taking all those beatings; they just dusted themselves off and went back to work.

The week leading up to the game, Coach Neuhiesel preached attention to detail and focus on execution. On Saturday, November 6, it looked like the team opened their ears because they were an entirely different team.

Sean Westgate and true freshman Jordan Zumwalt lead a defensive charge that pounded the Beavers into submission and only allowed 14 points. It wasn’t perfect and they did give up two big plays for touchdowns, but other than that Oregon State could do virtually nothing against the swarming UCLA defense. When Beaver quarterback Ryan Katz had time to throw, the secondary locked the receivers down and if the rare opportunity came to complete a pass, the defensive line made sure he couldn’t get it off.

On offense there wasn’t as much consistency, but what they did do was stay on the field. Despite only scoring 17 points the Bruins time of possession nearly doubled that of Oregon State. In the fourth quarter alone UCLA held the ball for about 12 of the 15 minutes.

Even with the improved performance, it came down to an official review to put one second back on the clock to give All-American kicker Kai Forbath the chance to win the game with a 51-yard field goal after missing his first two attempts earlier.

With only three games left the Bruins are pushing hard to change the perception of UCLA football and this season. Their next challenge comes in Seattle, Wash. against the Huskies on Thursday, November 18.

Washington’s record may not look too intimidating, but much like the Bruins they are a team that has been up and down all year. They beat Oregon State, USC, and hung in there with Oregon for the first half, but have come up very short in most of their other games.

Their next challenge not only gives them a chance to stay undefeated in November, but gives the Bruins a chance to replace the memories of their last Thursday night game. In that game Oregon humiliated the Bruins by scoring 60 points on the defense while only giving up 13. This time UCLA will put the shoe on the other foot and keep the final stage of the season moving in a positive direction.