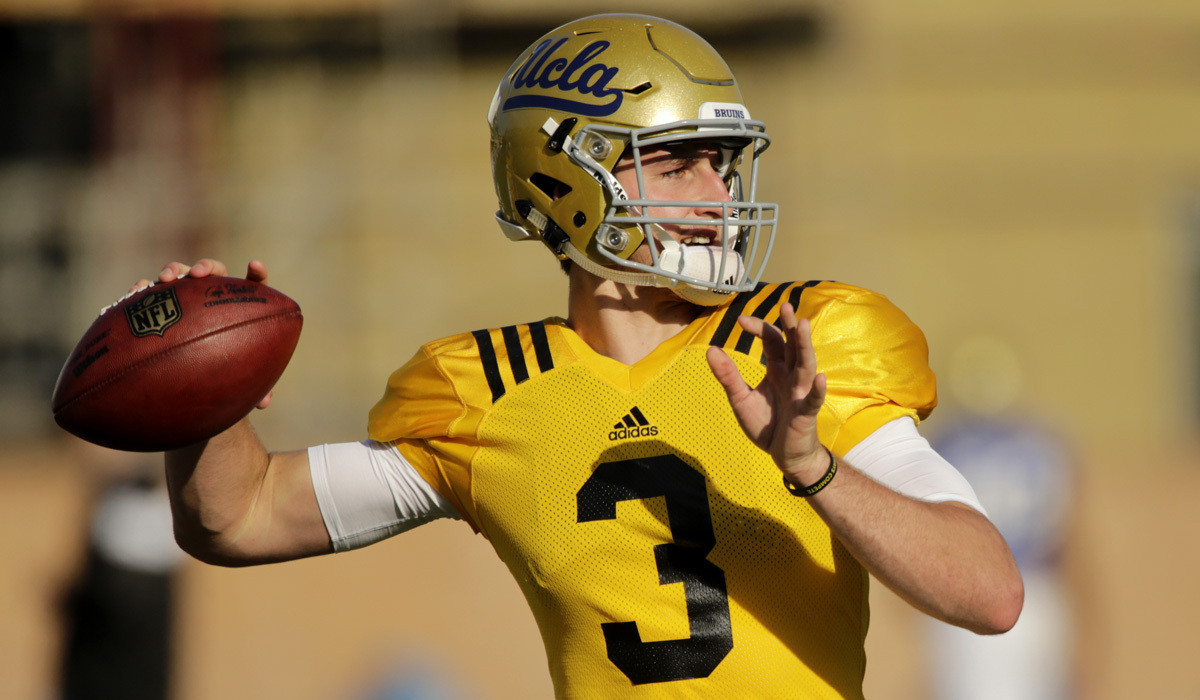 WESTWOOD—There is one position on the UCLA football team that head coach Jim Mora made sure everyone knows is still up for grabs this week at training camp in San Bernardino.

True freshman quarterback Josh Rosen threw a Hail Mary pass to a teammate down the field at the end of practice and Mora let the top quarterback in the class of 2015 know it’s too soon to be getting comfortable in the Bruins blue and gold uniform.

“You’re not at … Bellflower St. John Bosco,” Mora screamed after the play. “That’s why you have not been named the starter.”

Rosen, an 18-year-old from the Los Angeles area whose been enrolled at UCLA since last winter, had the nerve to throw another pass similar to the first one that prompted Mora’s stern reaction.

“You can’t hit an open receiver down field with no defense,” Mora said. “The ‘Anointed One’; go back to Bosco and beat some more bad teams.”

Mora supposedly looked at the media present at practice and yelled to them, “Tell your readers that is why he has not been named the starter.”

The only competition for the high school superstar is junior Jerry Neuheisel, whose put in his time at back-up the past two seasons. Even with as much potential as Rosen has, if named starter, there will for sure be some growing pains going up against arguably the best division in college football.

Either way, the winner will face high expectations for the Bruins, who have won a school-record 29 games in Mora’s first three years, including three straight victories over archrival USC.

Mora’s squad returns 18 starters—10 on offense except the quarterback position—from a 10-3 squad last season and the preseason No. 14 team looks to finally get over the hump and win their head coach his first Pac-12 title after winning nine or more games in each of his first three seasons.

This could be Mora’s most talented team he’s coached in a Bruin polo on Saturdays this year, but everyone knows the quarterback position can make or break a season.

Even after an 80-play scrimmage Friday to end the teams training camp, neither Rosen or Neuheisel received the starting nod. Both were on the first team, which won 39-16, and threw for touchdown passes.

“I would love to be able to make that decision, but to be perfectly frank, we’re not prepared to make it,” Mora said in a Los Angeles Times article. “We have to make sure it is the right decision, that we have conviction about it, that we can stick with it.”

His answer to when he would like to have the decision made?

The Bruins resume practice at UCLA on August 24.