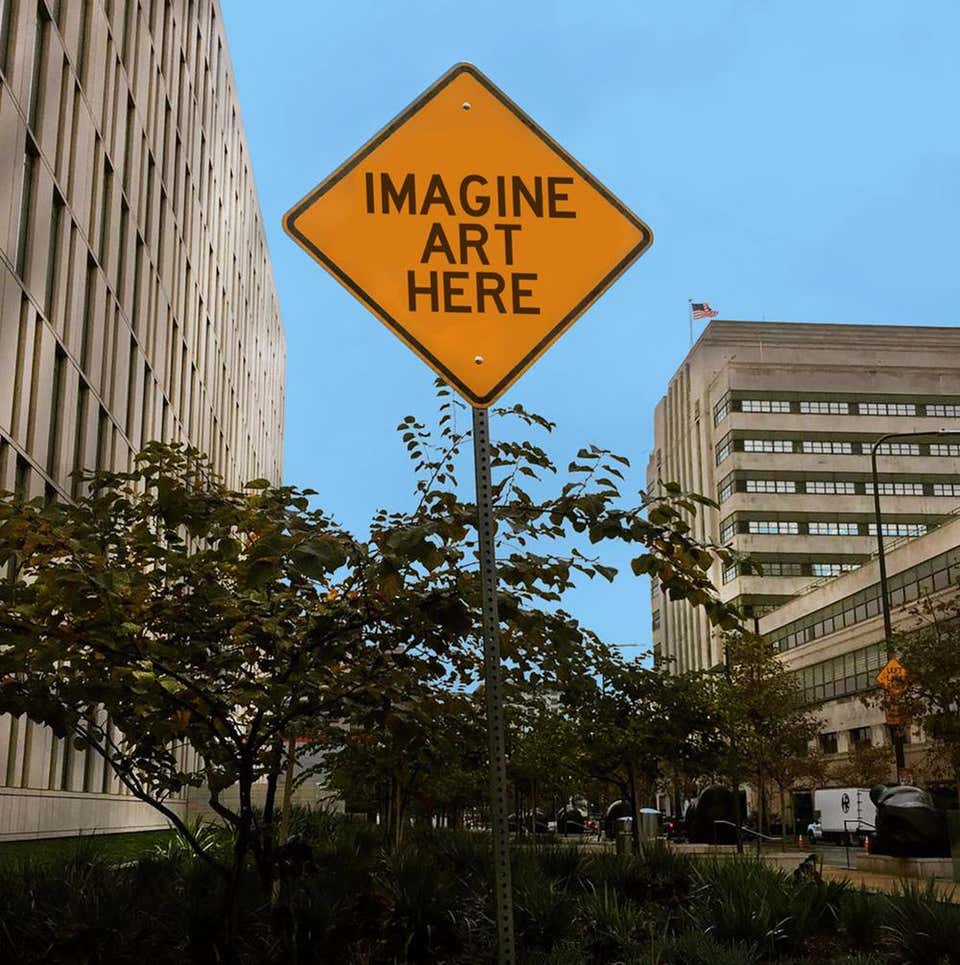 WEST HOLLYWOOD—The city of West Hollywood installed two new public art installations titled,  ‘Relax Ur Ok’ and ‘Love’, by the Los Angeles based artist, Scott Froschauer, as part of the city’s ‘Art on the Outside program’, which installs and commissions various Art exhibitions through out the city.

The luminous and fluorescent neon-sign installations are to be publicly displayed in the traffic median at the intersection of Santa Monica Boulevard and Holloway Drive, according to a City of West Hollywood tweet announcing the release, and are anticipated to adorn the widely used city boulevard from now until June 2022.

Artist Scott Froschauer’s “RELAX UR OK” and “ONE LOVE”, through sensitive and artful reinvention of the otherwise pedestrian and standardized city traffic sign, creates a unique juxtaposition of the austere, with the empathetic, producing a quaintly novel and pleasantly inviting art work conducive towards public appreciation, according to a city press release detailing the matter.

Throughout the installations, the ubiquitous and utilitarian “STOP” and “ONE WAY” traffic commands, become replaced by the diametrically opposed and tender “RELAX UR OK” and “ONE LOVE” positive affirmations, this, in an attempt to express the importance of self reflection and inter-human understanding through empathy. The works upon viewing elicit a warm sense of intimacy, and invite a deep breath of meditation away from the quotidian and often deleterious thought patterns driving one’s everyday life.

“As a reaction to surreal and unprecedented distanced-reality, Froschauer’s words of hope, love, and affirmation stand in stark but positive relief, welcoming visitors and residents alike into one of the most inclusive cities in the world,” the statement read.

Froschauer, in a personal statement on his website, describes his work as without clear objective meaning, but yielding definite emotion. His works are an attempt to explore and answer the question of what it means to be human, and pose thoughtful discussion for those who view them.

“How does one express humanity? I think it’s pretty complicated. Sometimes it’s beautiful, sometimes less so. I don’t always know what a particular piece means and I love to discover new perspectives in conversations with viewers … [A viewer couldn’t tell me exactly what he thought it meant,] but it made him feel something,(…) Something that felt like hope” Froschauer said in his statement.

In reference to his newly installed artworks, Froschauer in a tweet, suggested the installations are to be seen as a lodestar of peace and internal sanctuary, to be looked back to and reflected upon in moments of great turmoil and chaos.

“I hope that got your attention. These next few weeks (and months) are going to be a real test of our collective ability to remain grounded. There are going to be plenty of signals you will be receiving that will trigger your fight/flight response,” Froschauer tweeted.

Froschauer was born in Chicago, but has lived in Los Angeles since 1994. His works have been extensively exhibited throughout the country as well as in Canada, with his works being put on display in Glendale, Laguna Beach, Palm Springs, Wichita Falls (Texas), and Toronto (Canada). Various museums and galleries, including the Renwick Gallery of The Smithsonian Institution in Washington, D.C., have exhibited his work as well.

The installation of “RELAX UR OK” and “ONE LOVE” is part of the city of West Hollywood’s Arts Division ‘The Art on the Outside’ Program. The program rotates different art installations, on city approved basis, throughout the city’s street medians, and parks. The program’s installations include sculptures, murals, and various other outdoor public exhibitions.

To view photos of the installation click here. Images are courtesy of the city of West Hollywood.