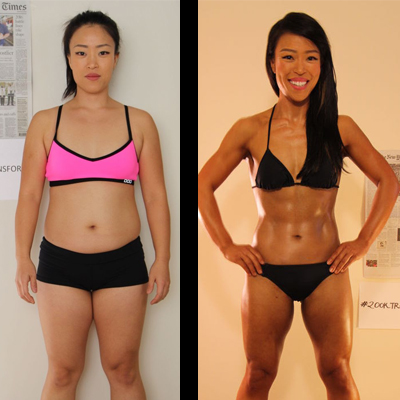 SANTA MONICA—For their 5th Annual Transformation Challenge, Iron Man Magazine awarded $80,000 to both female and male winners of the challenge, in addition to a $40,000 cash prize to the people’s choice winner.

This year, Nina Nam of Santa Monica, was the female grand-prize winner after “[losing] a total of 21 pounds and 14 percent body fat,” according to Iron Man Magazine. In search of a lifestyle pick-me-up, Nam was drawn to the Transformation Challenge in the hopes that she would gain insight to a physical and mental health overhaul to better her abilities in day-to-day life.

She told Iron Man Magazine that, “during those dark moments when I wanted to quit I discovered I had a deep, emotional drive to prove to myself that I wasn’t a loser.”

The male grand-prize champion was Chandler Camden of Missouri who lost 41 pounds and 11.5 percent body fat. Luke Petersen of Utah lost 53 pounds and 15 percent body fat to claim the title as the people’s choice winner. The $200,000 cash-prize competition attracted more than 57,324 applicants from across the country.