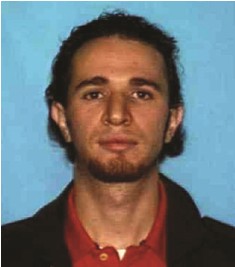 WOODLAND HILLS—Along with the Los Angeles Police Department, a local family is asking for the public’s assistance in locating a 26-year-old man from Woodland Hills. The family of Kassaem Saleh contacted LAPD’s Missing Person’s Unit detectives on Monday, August 2, reporting that they had not made contact with their son in over two months and are “deeply concerned about his welfare,” according to the official blog of the LAPD.

Saleh was last seen near his home in the 5000 block of Greer Road in southwest Woodland Hills. He is described as being of Middle-Eastern descent, standing 5 feet 9 inches tall and 149 pounds. He has brown hair and eyes, and the family member that contacted authorities reported not having contact with Saleh since June 1.

Anyone with information on the whereabouts of Saleh is asked to call the Missing Persons Unit, Detective Kristin Merrill at 213-996-1800. During non-business hours or on weekends, calls should be directed to 1-877-LAPD-247. Anyone wishing to remain anonymous should call Crimestoppers at 1-800-222-TIPS (800-222-8477). Tipsters may also contact Crimestoppers by texting to phone number 274637 (C-R-I-M-E-S on most keypads) with a cell phone. All text messages should begin with the letters “LAPD.” Tipsters may also go to LAPDOnline.org, click on “webtips” and follow the prompts.