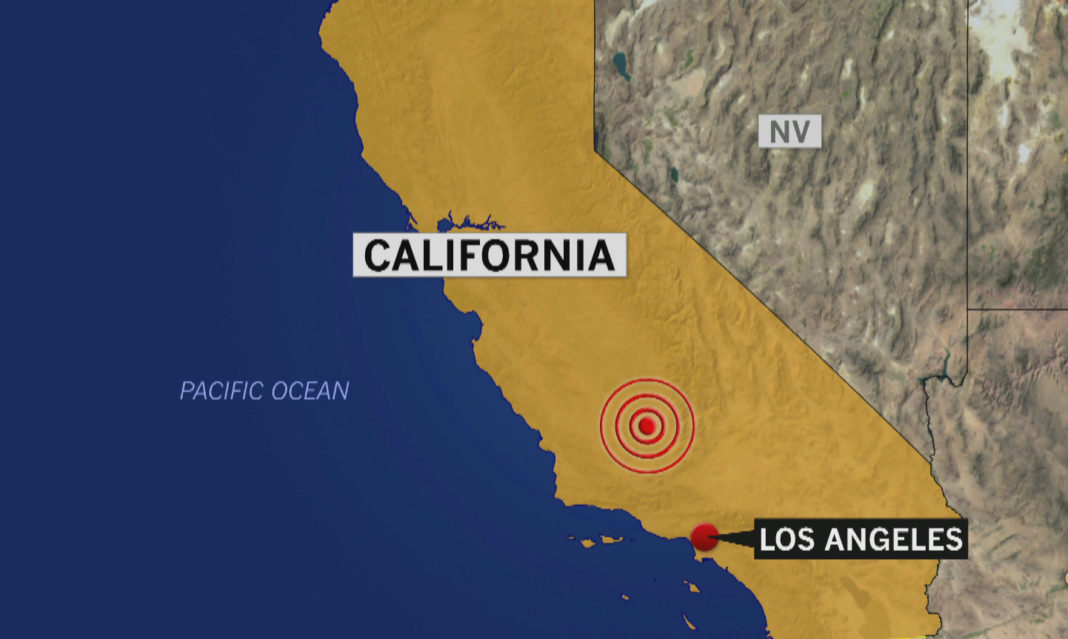 LOS ANGELES—A 6.4 magnitude earthquake struck Southern California on Thursday, July 4. The earthquake occurred near the city of Ridgecrest at approximately 10:33 a.m. It is largest earthquake to strike the region since 1999. The earthquake received a preliminary magnitude of 6.6 before being downgraded to a 6.4.

Semiologist, Lucy Jones tweeted, “The #Ridgecrest earthquake is having a robust aftershock sequence. There have been 6 M4+ events and ~30 M3+ in the first 90 minutes. That means there will be plenty more aftershocks today.”

“No injuries reported, however buildings and roads have sustained varying degrees of damage,” the San Bernardino County Fire Department tweeted.

“STRIKE TEAM 6210A from the San Bernardino Operational Area has been deployed to the #CrestIncident in Ridgecrest in support of ongoing quake operations,” the San Bernardino County Fire Department indicated in an update with a tweet.

U.S. Geological Survey reported, “It is estimated that there is about a 9% chance that this event will trigger an earthquake comparable to or slightly larger than this M6.4 event in the next week.”

Director Ava DuVernay tweeted, “Been living in Los Angeles all my life. That was the longest earthquake I’ve ever experienced. Not jerky. Smooth and rolling. But it was loooong.”

Based on several tweets, areas of San Diego and Las Vegas also felt the earthquake.

“This earthquake is a great reminder that emergencies and disasters can happen any time.,” tweeted the Los Angeles City Emergency Management Department.