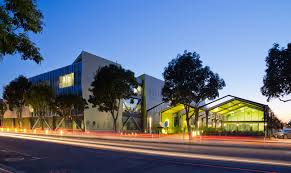 SANTA MONICA—Bio-tech company Agensys, a Santa Monica-based drug maker, was given approval by the city council 5-1 to proceed with the development agreement. Agensys will construct its new headquarters on a City Hall-owned lot near Bergamot Station.

Agensys is said to provide what is called a “public benefits” package, which includes a sculpture garden, a pedestrian walkway, a publicly accessible cafÃ© and a program intended to reduce employees’ vehicle trips. Another part of the plan is $90,000 specifically for bicycle infrastructure improvements.

As part of the public benefits package, Agensys has also decided to sponsor and fund an internship program for local students, with a coinciding job fair.

The council and Planning Commission did not include a bicycle path through the property located at 1800 Stewart St. With its nearly 160,000 square-foot facility it was a bit of a disappointment for avid cyclists who were advocating for the path. However, the council did approve an additional $20,000 contribution from Agensys for a citywide bicycle study and other related improvements. Agensys agreed to pay $70,350 for bicycle improvements in the project’s vicinity.

Under the new development agreement, Agensys is taking over the lease that is currently held by Texas-based developer Lionstone.  They will be extending the lease with City Hall for 10 years.