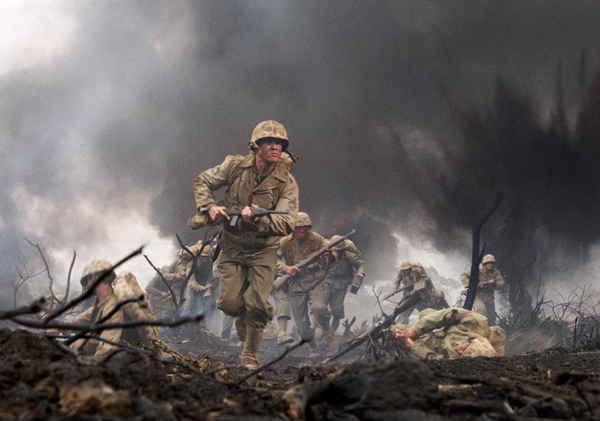 WASHINGTON D.C.—This week Senator Joseph Lieberman from Connecticut came out in support of repealing the “Don’t Ask, Don’t Tell” law, which has ended the careers of thousands of soldiers since former President Bill Clinton signed it into law. Senator John McCain of Arizona stated that he is not willing to support such a measure until a military tribunal makes their feelings known. California’s two U.S. Senators, Diane Feinstein and Barbara Boxer both believe the law is unfair and should be repealed; thus, putting themselves on political attack lists by their opponents.

It’s most likely going to become a political issue, not a human rights issue since this is a midterm election year. We spoke exclusively with a former military officer Lt. Dan Choi last year when it became known to the military that he was in fact gay, and he was discharged from the army. No matter where you stand on this issue, with over half of the nation believing this law, especially during wartime, should be abolished, this is a decision that should more than likely be made by the military and not by politicians. Politicians are consistently using polls and pandering to the lowest common denominator amongst us in order to make decisions that should be made on human rights and morality.

In the 1950s, the military decided not to segregate soldiers who were in battle or stateside, while our nation was gripped in Jim Crow laws in the South, and African Americans were not allowed to be around white Americans during that same era. So many of my relatives remember fighting for rights of Europeans in WWII only to return home to unfair and immoral treatment by their very own nation. America seems to grapple with the idea of race and/or other private issues, which people are unable to change in every era of our history. It’s almost a shame that what seems easily accepted for most Western nations becomes a battle in our country and ultimately becomes political fodder.

Slavery that ended in Europe decades earlier than our own did not culminate into a civil war in any nation other than our own. Jim Crow laws existed only in the U.S. and sexual orientation again is something we seem to be torn over. Perhaps it’s the fact that our nation has always been in turmoil and that we are happiest bickering about non-issues. The Tea Party’s popularity is based on hatred of government, not on the ability or interest in solving our great problems. We argue about everything from religion to race on a daily basis. One has to ask him or herself, how will the world’s only military and economic superpower remain in this top spot if we continue to argue about things that every other nation and society deals with calmly and without injecting religious views on private issues?

The one group that usually gets it right is our military. They as a group put aside personal issues and fight for our freedoms and our rights on a daily basis. They ignore race, religion and even sexual orientation whenever they stand together and fight the terrorists. All the while our politicians and now the party out of power try very hard to score political points as they always do on yet another issue that people don’t choose for themselves. People didn’t choose their race in 1964 when the nation enacted with great tension on the Civil Rights Act. Women didn’t choose their sex when they fought almost a century ago for their right to vote in America. And now, these Americans, who put their lives on the line to go into war and fight for everyone else’s rights, have to stand on the sidelines while politicians and political activists decide whether they can receive their full rights.

A nation once so great, has no chance of remaining that way, when we fight over basic human rights for nearly four centuries now. Please remember those in Afghanistan and Iraq, who are fighting the terrorists who tried to destroy our nation on September 11, 2001. Thanks to their families, as well,  for their sacrifices for our freedoms.

Photograph Courtesy: David James/HBO for The Emmy-winning documentary The Pacific