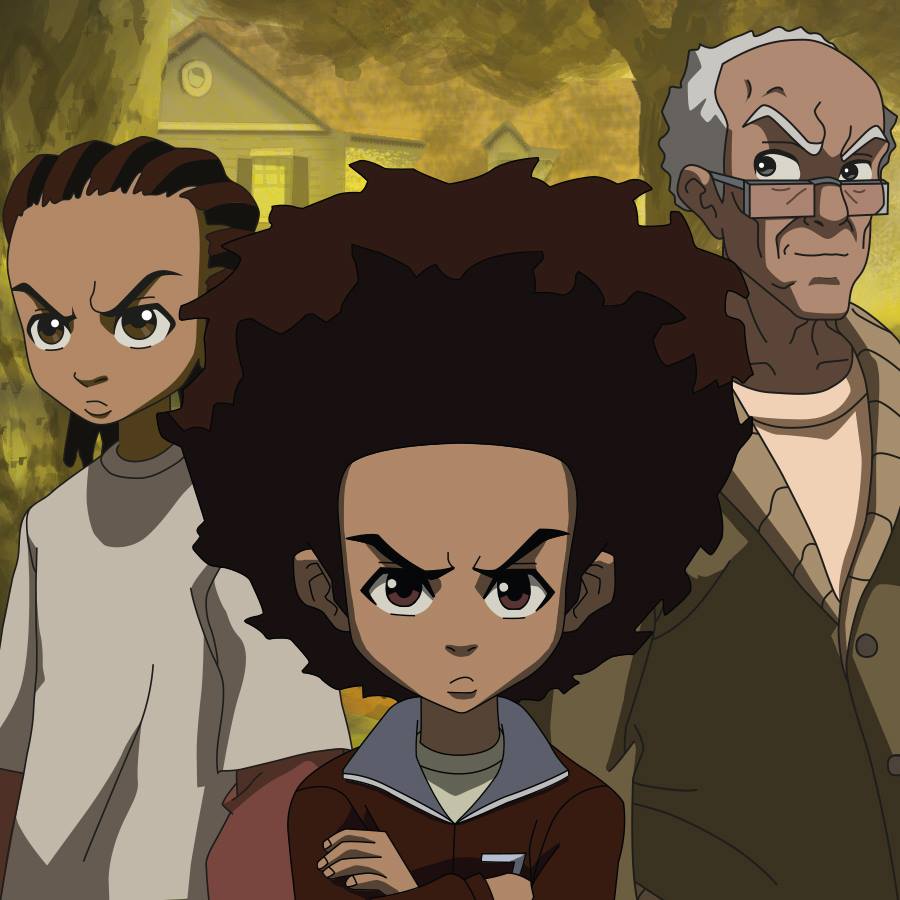 HOLLYWOOD—It’s been nearly three years since Adult Swim’s gritty animated series “The Boondocks” aired new episodes. In fact the third season was expected to be the shows final, but when the fans demand something they tend to get it. Season four of the series kicked off on Monday with the return of brothers Riley and Huey (voiced by Regina King) and Granddad (voiced by John Witherspoon).

This episode didn’t hold any punches as it satirically poked fun at the drama surrounding R&B singer Chris Brown in “Pretty Boy Flizzy.” It also took jabs at rappers who find themselves in trouble with the law and for some apparent reason are able to find themselves out of trouble time and time again. The episode placed a camera lens on the overindulgence in celebrity lifestyle. The countless public statements to America apologizing for bad behavior, to only engage in even more bad behavior. The entire episode was more of the relationship between Tom, his wife Sarah and Pretty Boy Flizzy (voice of actor Michael B. Jordan). Tom, as he’s seen by many in the community is an upstanding man, soft as many people would say, without any swag, as Pretty Boy Flizzy stated.

The series is lacking a bit of sarcasm that has become notorious thanks to series creator Aaron McGruder who had no involvement in the fourth season. McGruder has received critical praise and backlash for tackling such heavy issues on the series affecting African-Americans like rap music, fried chicken, Oprah, suburban life and countless others.

What “The Boondocks” has done in my opinion is to raise social awareness and bring light to issues affecting the African-American culture that we are not always willing to acknowledge. At the same time it opens the door for others to see a perspective of another culture in a humorous light, but brings awareness at the same time. It looks like season four, which is being totted as the final season for the series is looking to tackle celebrity-filled pop culture amongst other things.

We as Americans are consumed with fame to some weird degree; there is this obsession, which makes no sense. We want to be in the presence of such stardom, even though it provides no sole purpose to our lives. Tom’s wife has proven this on countless occasions; first with R&B sensation Usher and now Pretty Boy Flizzy. This doesn’t make her hubby too happy who suspects his wife wants to sleep with the pop star.

The biggest surprise of the season four debut was the notion of celebrities placing themselves into sticky situations for the sake of staying relevant. It’s not them engaging in bad behavior, its placing themselves in situations where the spotlight stays on them. It forced me to say, “Wow, could Chris Brown actually be engaging in bad behavior in hopes of keeping his stardom going?” No, but it’s possible.

That is the factor that makes “The Boondocks” such a fascinating show to watch, especially from the African-American perspective. It shines a light on issues and things that are not commonly discussed, but should be. We might frown at what is being depicted, but as they say time and time again: the truth hurts.