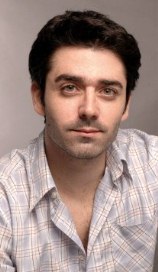 HOLLYWOOD—Israeli-born film star, Asaf Goldstien, has just completed a very exciting short film titled “Intercom.” The story is about a man who is diagnosed with a mysterious illness and contemplates all of his options. One option includes not being treated for the disease. While being spied on by a gas station attendant the viewer feels as though they are privy to one of the most private moments in anyone’s life. “Intercom” is a film directed by world famous filmmaker Amir Michalovitch, who is considered one of the greats of modern cinema.

Director Michalovitch’s choices in this unique capsule of storytelling are alluring and enchanting. The writing is incredible. A short film of 11 minutes has to not only introduce the characters, but also make us care about the outcome and leave us wanting more scenes. That is exactly what “Intercom” did for this reviewer. Goldstien’s powerful performance starts from the very first frame and is even catching one’s attention as the film concludes. He is not only very handsome, but extremely passionate about his work. “I am happy that you liked our film, Tommy. Amir [Michalovitch] is one of the best directors I’ve ever worked with. Both actresses also were easy to work with, and each one offered a unique perspective on their role, which made me work much harder and hopefully I gave a better performance because of them,” said Goldstien.

The film takes place in two locations. The first part of it is at a service station, where a curious attendant presses the intercom button so that she can eavesdrop on the two people outside at the gas pumps. It’s obvious to her and the viewers that it’s an extremely urgent conversation. Then as the first actress leaves the scene, the attendant becomes the person we see. She uses solid advice to talk the man played by Asaf, into doing what is right for him.

With so much intrigue and emotions in the plot, moviegoers will be mesmerized by the green-eyed leading man and focused on the final scene, which left me breathless with anticipation and wanting to know the outcome. Asaf Goldstien is a star on the rise. Hollywood’s gracious and talented leading man remains modest about his performance. “I am glad you liked the film. I just hope that there are more in my future. No one is more ready than I am to make this my future,” concluded Asaf.